Exclusive: 'Kashmiris have understood the agenda of conflict entrepreneurs'

On May 9, Lieutenant General Devendra Pratap Pandey will assume the charge of the Army War College commandant at Mhow, Madhya Pradesh. His previous assignment -- in charge of the Srinagar-based Chinar Corps (XV Corps) -- saw him evolve strategies to contain terror activities in the valley.

Lt Gen DP Pandey, who hails from Uttar Pradesh’s Gorakhpur, is an alumnus of the National Defence Academy and was commissioned into the Sikh Light Infantry Regiment in December 1985 from the Indian Military Academy, Dehradun, has been credited with bringing over 200 youths back from the brink of becoming terrorists to the mainstream. Asianet Newsable spoke to him on his last day as Chinar Corps (XV Corps) commander.

You were the Corps Commander for over a year in the Valley. How was your experience? What kind of challenges did you have to face in the region?

In this last year of my tenure here, the security situation in the hinterland and on the Line of Control has shown significant improvement from my previous tenures here. With the 'New Normal' in Kashmir, a glimmer of hope has emerged on the horizon for Kashmir's tourism sector. The government officials have plans for organising various festivals for the summer of 2022. I am sure the locals and the tourism industry will be reaping the fruits of it.

In terms of challenges, 'white-collar terrorists' are largely under the scanner due to the proactive and joint efforts of all the agencies involved. Government servants assisting terrorists and accomplices are being dismissed from government service. Such proactive decisions have weakened the overground workers' nexus and have put them on a backfoot. Incidents of drug and weapon smuggling are also down, with the NIA suffocating the hawala money channels and the newly-revised SB having vastly improved counter-terror investigation and prosecution. Now the people have understood the agenda of conflict entrepreneurs who want the state of conflict to continue. The change is bound to happen and is happening at a fast pace. It has been around three years since the abrogation of Article 370 from Jammu and Kashmir. What is the current situation in the Kashmir Valley?

The biggest gain of improved law and order situation post-August 2019 has been zero civilian casualties in stone-pelting and similar violent mob violence-related incidents. I can confidently state that the law and order situation in the Valley today, is well under control and our resolve for the coming years is to strengthen and consolidate peace and normalcy in Jammu and Kashmir.

Large infrastructural development projects are running at their full pace whether we talk of linking Srinagar with railways or all-weather road connectivity from Kashmir to Leh in terms of mega tunnel projects currently in progress near Sonamarg and beyond. These megaprojects take time to execute, but the pace of work is unprecedented, and Kashmiris are noticing that. The government has started showing positive response and with its proactive management, all-around development is visible to the common man.

We are alert and upgrading our ability to counter any infiltration attempts. Our counter-infiltration grid has been tremendously successful in eliminating and foiling a majority of such bids and neutralising these infiltrators. We have an effective surveillance grid, and our soldiers along the borders are well equipped and fully geared to take on any eventuality. On our part, we are committed to the LoC ceasefire and will maintain it in letter and spirit.

There have been reports that the terrorists are using the leftover American weapons in Afghanistan across the Valley against the forces. How is the force handling the challenge?

The signature of NATO-used weaponry like armour piercing bullets and advanced night vision devices is not that extensive but still, we are cautious and keeping all the records of recoveries. We have upgraded our drills and tactics as per the latest requirements. The infiltration bids and their pattern remain dynamic, as does our counter-infiltration grid all along the LoC. We are very much alert and vigilant at the borders for any kind of situation that may arise due to this. 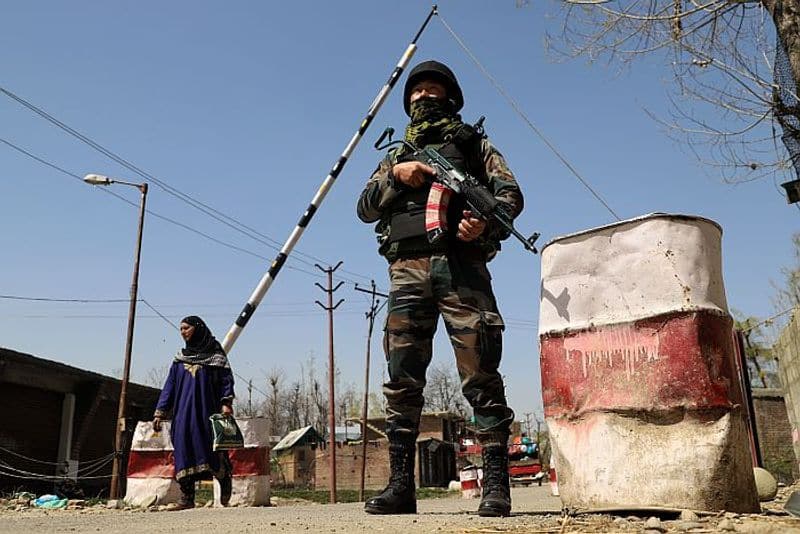 A controversy had erupted over an iftar hosted by the Army. Several images and videos of yours have also come into the public domain. How do you see it?

We are a firm believer in Sarv Dharm Sambhav. Hence we have something called Sarv Dharm Sthal, where believers of all faiths can come together and connect with their almighty. We celebrate all kinds of festivals with the same enthusiasm and vigour. I have been celebrating Christmas as well as Guru Purab as I celebrate Deepawali.

Here in the Valley, Ramzaan is a major festival and you cannot remain unmoved by the fervour and vigour of the festivals. Like all celebrations, our fellow citizens also have participated in the same events like us. It is nothing new just another celebration of a festival.