The protests began after the death of Mahsa Amini last month for allegedly violating Iran's strict rules for women to cover their faces with hijab.

The protests began after the death of Mahsa Amini last month for allegedly violating Iran's strict rules for women to cover their faces with hijab. 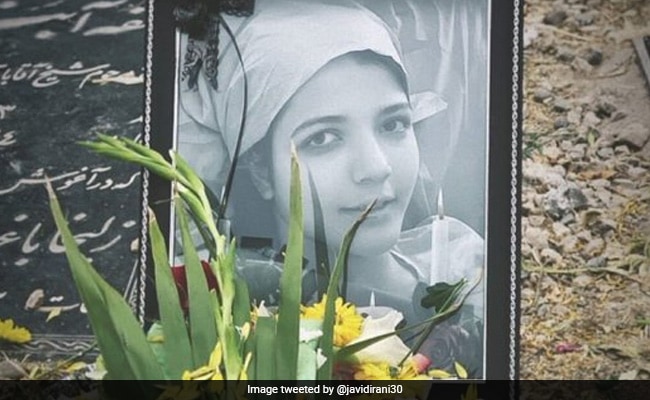 Asra Panahi was among the Iranian students who refused to sing pro-regime song.

Another schoolgirl has been killed in Iran after she was beaten up by the security forces during a raid on her school, according to a report in The Guardian. The security forces wanted children in the school to sing pro-regime song but when they refused, the soldiers beat the pupils, sparking protests, the outlet further said. The incident took place at the Shahed girls high school in Ardabil on October 13. Fifteen-year-old Asra Panahi was one of the several students injured in the incident and later died, according to a statement by the Coordinating Council of Teachers Syndicates.

Iranian officials have denied that the country's security forces are responsible for the teenager's death. A man claiming to be Panahi's uncle appeared on state television claiming she died from a congenital heart condition, The Guardian report said.

After her death on Friday, the teachers' union posted a statement on Sunday condemning the "brutal and inhumane" raids and demanded resignation of Iran's education minister, Yousef Nouri.

The BBC said that seven students were injured and 10 arrested in the incident that took place last Wednesday.

It quoted Human Rights Office spokeswoman Ravina Shamdasani as saying, "Some sources suggest that as many as 23 children have been killed and many others injured in at least seven provinces by live ammunition, metal pellets at close range and fatal beatings."

The protests in Iran began after the death of 22-year-old Mahsa Amini in custody last month for allegedly violating the country's strict rules requiring women to cover their faces with hijab.

Videos posted on social media showed women waving their headscarves in the air, confronting male police officers and shouting slogans. Many celebrities have also come forward to support the women in Iran.