Terrorism: 'If we are not careful, the element of surprise will surface' – Security Analyst 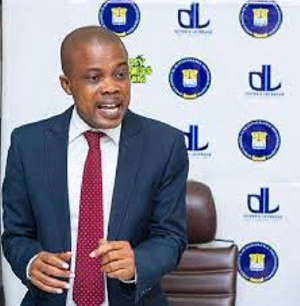 A Fraud and Security Consultant, Richard Kumadoe, has said the “See something say something” campaign launched by the National Security in an attempt to suppress the activities of terrorists has the potential to be compromised.According to the former agent of the National Investigation Bureau (NIB), the lack of discreetness in engaging the public regarding the threats can rather lead to surprise attacks from the militants.He thus advised the government to be cautious of its approach to managing the security issue.“If we are not careful, the citizenry would assume that the lead campaigners have received some inducements and have for long spoken about the terrorism, yet they [the citizenry] have seen nothing happen, then the element of surprise will surface,” Mr Kumadoe said.He explained that the fact that the activities of the terrorists have been seen in neighbouring countries does not imply that similar events would occur in Ghana.“That is the danger of the campaign we are undertaking,” he added in an interview with Kofi Adoma Nwanwani, the host of Angel FM’s Anopa Bofoↄ morning show.According to him, there is a need for the government to understand the issue at play and to take the right precautionary measures to avert the potential attacks.“Terrorism is a serious issue. There is a difference between terrorism and subversion. When terrorists strike, they will take responsibility and tell you why they have done it,” he explained.“So, what have we done as a country to become more attractive to terrorist groups who want to strike us?” he quizzed on the show simulcasted on Angel TV on June 9, 2022.That said, the security expert with 30 years of experience in the field does not downplay the importance of the campaign and the need for every individual to take responsibility for their own security.Suggesting a way to address the issue, Mr Kumadoe said an easy yet effective approach is to “establish diplomatic relationship” with neighbouring countries and “share intelligence on timely basis”.

He assured that when the step is taken, “you [the nation] will be fine”.

Source: Terrorism: 'If we are not careful, the element of surprise will surface' – Security Analyst (ghanaweb.com)