PKK images on buildings show how loose Sweden is on anti-terror fight: FM 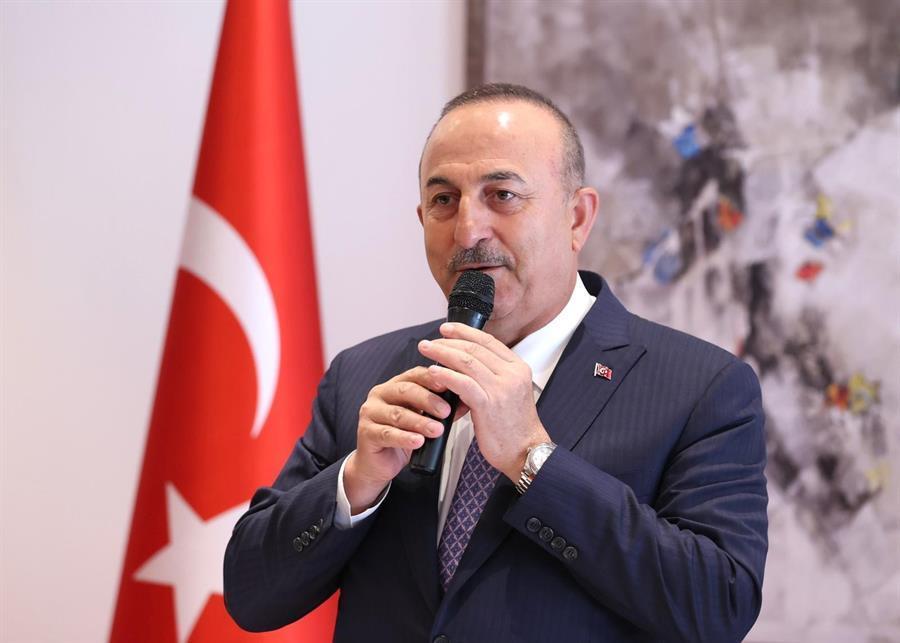 Members of the PKK have projected images of the terrorist organization’s flag and its leader, Abdullah Öcalan, on the elevations of main public buildings in Sweden’s capital Stockholm late on June 16.

In short time, many social media accounts linked to the PKK and its affiliate in Syria, YPG, started airing the images projected on the municipality building, historic City Hall and the Globen Avicii Arena Sports Hall online.

PKK is listed as a terrorist organization by the U.S. and the EU.

After decades of military non-alignment, Russia’s war in Ukraine pushed Finland and Sweden to apply to join NATO in May. Turkish President Recep Tayyip Erdoğan, however, accuses the Nordic nations of supporting the PKK terrorists and has vetoed their entry into the alliance until they change their policies.

The June 16 incident is the latest act in a series of events performed by the PKK members in Sweden since Erdoğan announced the veto.

Some PKK members marched in the streets in Stockholm, and a giant PKK flag was unfurled from a bridge in Sweden’s capital in different incidents.

Incident shows how loose Sweden is on anti-terror fight

At a press conference in Zagreb, Foreign Minister Mevlüt Çavuşoğlu informed that the Swedish security services have recorded the incident although government members did not initially confirm the PKK’s activity in Stockholm.

“Even this incident shows how Sweden and its laws are loose on the fight against terrorism. The PKK, as a terrorist organization, is not only threatening Türkiye’s security but also Sweden. They are doing whatever they can to prevent Sweden from joining NATO,” Çavuşoğlu stated.

An opposition lawmaker in Sweden and the PKK seem to have taken the Swedish government as hostage, the minister said, “That’s why we are in pursuit of concrete steps from Sweden.”

Recalling that Türkiye has outlined its demands from Sweden and Finland and these countries have sent letters in response but they are far from meeting Ankara’s concerns, he stressed.

NATO Secretary General Jens Stoltenberg is also involved in the talks between Türkiye and NATO-applicants Sweden and Finland, Çavuşoğlu said, deputy Foreign Minister Sedat Önal and presidential foreign policy advisor will travel to Brussels on Sunday to discuss the documents being negotiated between the parties.