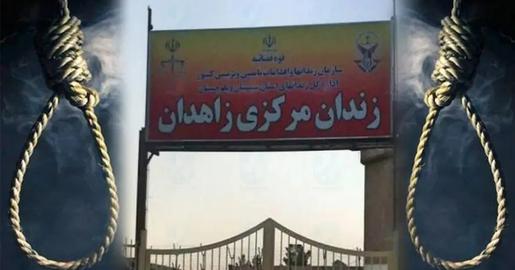 On Monday, June 6, some 12 members of Iran’s Baluchi ethnic minority were hanged at dawn in Zahedan Central Prison. The city is located in Iran’s farthest western reaches, a stone’s throw from the border with Pakistan in the country’s most deprived province, Sistan and Baluchistan. Initially, the news published about the hangings was typically sparse.

Gradually, however, more details began to emerge. One woman and one Sunni clergyman were among the dead. Of the 12, six had been sentenced to death on drug-related charges – illegal under international law – and six for murder. They had all been transferred to solitary confinement at the prison on Saturday, June 4 ahead of the executions.

On the morning of Tuesday, June 7, another Baluchi convicted of drug-related charges was hanged at Dastgerd Prison in Isfahan. He was later named as Noor Ahmad Baran-Zahi, son of Gholam, a married man with children and a resident of Zahedan. He had been arrested in Isfahan in 2018 for carrying drugs and had been in prison in that city ever since.

The vast majority of the offenders had been arrested years ago for crimes committed long before the pandemic. Human rights advocates observed a sharp spike in uses of the death penalty in 2021 attributed in part to the judiciary clearing a pre-Covid “backlog” of planned executions. A disproportionate number of those recently hanged have been ethnic minorities, most notably Baluchis.

The woman who was hanged in the small hours of Monday was only identified by her surname, Gargij. A native of the village of Kahak in Zahak County, she was arrested in 2019 and later received the death sentence for murdering her husband.

The other five hanged that day on the charge of murder were named by HRANA as Mehdi Nasiri, a 36-year-old from Zabol who was arrested in 2018, Hamidollah Paliz from Zahedan, Mohammad Ali Kahrazehi and his brother Mohammad Omar Kahrazehi, both from Khash and arrested in 2019, and Isa Safari from Zahedan.

“It is quite possible that more than 13 people have been executed,” a local source told IranWire. “Since the prisoners’ families are generally afraid of reprisal attacks by the government against their other family members, they may have stayed silent.”

Further executions going under the radar, they pointed out, would not be without precedent either. On March 16, 2006, in what became known as Tasooki Attack, a group dressed as policemen led by Abdolmalek Rigi, the leader of Jundallah – a Sunni militant organization based in the province of Sistan and Baluchistan – took at least seven hostages after killing 22 people and injuring six.

After the attack, security forces removed about 300 Baluchi inmates, convicted on various different charges, from a prison in Birjand, South Khorasan to an unknown location. Some   were near the end of their sentences, but nothing more was ever heard of them. The mass disappearance was never addressed in public and they are suspected to have all been executed. Their families have never spoken about it on the record.

The Sunni Cleric Who Was Hanged

Mohammad Nabi Kabdani, also known as Ebrahim Gargij, was among the 12 who were executed on June 6. He was married with children. A Baluchi Sunni activist, who asked not to be named, told IranWire: “Mohammad Nabi and I were friends. We went to the same school. Mohammad Nabi was a diligent student. He’d study and pray all night, right up until the morning call to prayers.”

Mohammad Nabi had grown up without a father. His grandfather had also been killed by bandits. “He used to say that although they were poor, all his mother wanted him to do was study,” the source said. “But on Fridays he worked as a laborer to make ends meet. He said his mother had sacrificed everything in her own life for her children. Mohammad Nabi didn’t know his own children would meet the same fate as him.”

After graduating from Badr Al-Uloom Seminary [in Zahedan], Mohammad Nabi taught for a few years. “But poverty forced him to return to Zahedan – and, to make a living, to distribute cakes to shops, driving around in an old car. Sometime later I learned the government had arrested him on drugs charges.”

Locals IranWire spoke to said they believed these 13 executions were a retaliatory act by the authorities, linked to the recent killing of two military officers in Sistan and Baluchistan. According to the human rights-oriented news agency HAALVHS, which focuses on Sistan and Baluchistan: the two plainclothes officers were shot dead outside a bakery in Zahedan’s Parastar Boulevard on June 4, 2022. The still-unidentified assailants were armed with Kalashnikovs and fled after ensuring their targets were both dead.

It was the second incident of its kind this year. On April 22, near a checkpoint in Zahedan, four gunmen in a vehicle opened fire on a car carrying the IRGC General Hossein Almasi. The general survived, but his bodyguard Mahmoud Absalan, the son of a senior Guards commander in the region, was killed. Iran’s official news agency IRNA later claimed that the assailants had been arrested.