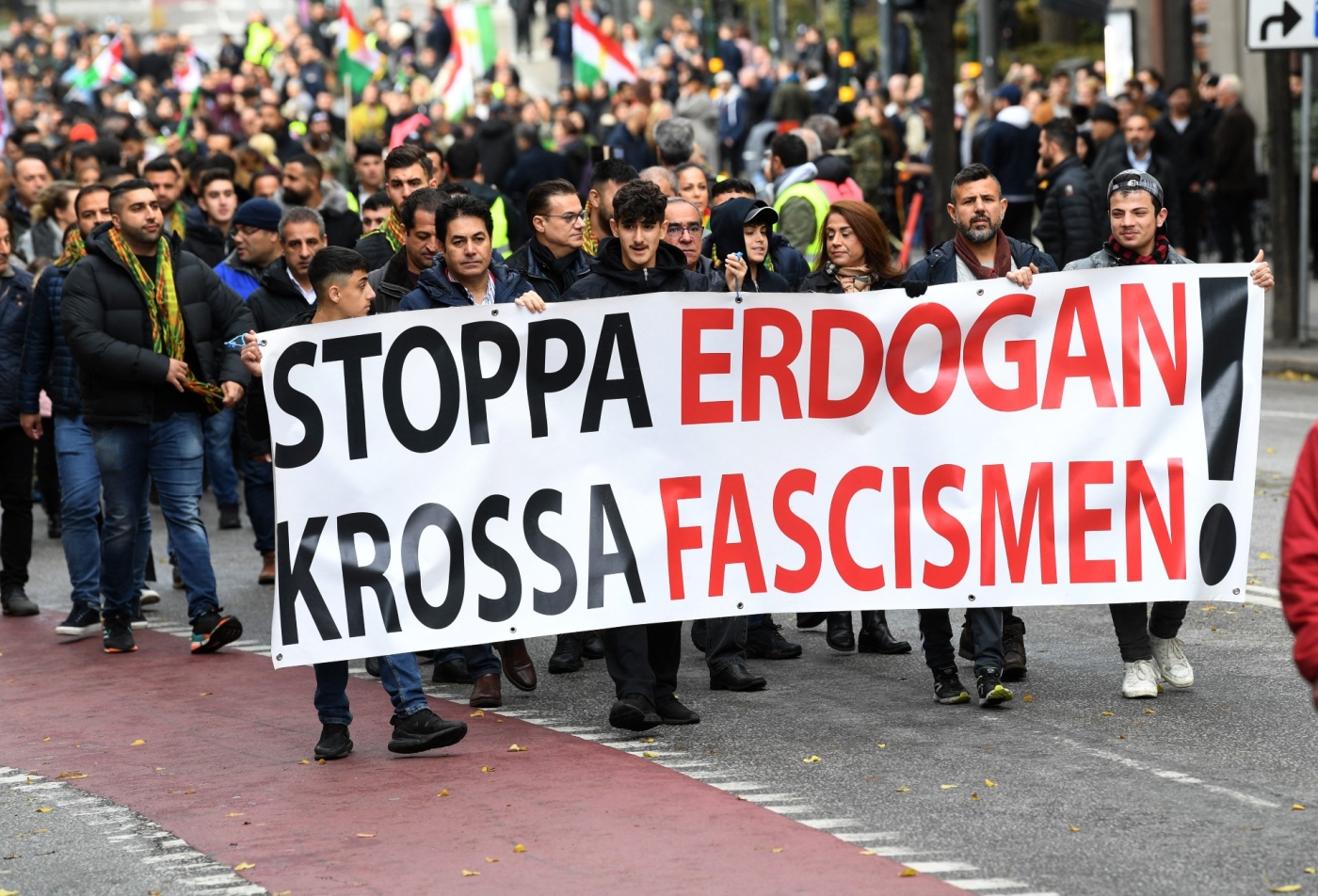 When the Turkish Republic was founded on 29 October 1923, Sweden was the first Scandinavian state to recognise the Ankara government, and just a year later the two countries signed a “friendship agreement” in Turkey’s capital.

The warm relations, which were mainly based on the common threat of Russia, were a continuation of strategic ties between Sweden and the Ottoman Empire. In 1984, Sweden became the first country after Turkey to label the Kurdistan Workers’ Party (PKK) a terror organisation.

In the years since, relations have been generally calm and friendly, though there were ups and downs, predominantly caused by Sweden providing refuge to Turkish dissidents, including famous authors like Yasar Kemal and Zulfu Livaneli as well as PKK members such as the Kurdish separatist group’s co-founder Huseyin Yildirim. 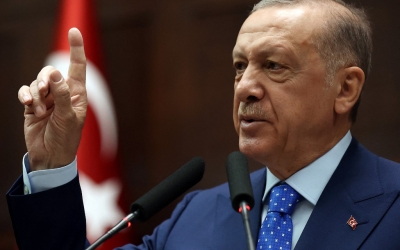 In fact, Stockholm has advocated Turkey’s accession to the European Union, and Ankara has long regarded Sweden as an ally in the north. In 2013, a joint declaration on strategic partnership was signed in Stockholm.

Though the Russian threat has long united the two countries, it has now exposed their differences.

Russia’s invasion of Ukraine has prompted Sweden and Finland to apply to join Nato. But rather than welcome its strategic northern partner into the alliance, Turkey has pushed back and become the chief obstacle to the countries’ accession.

Turkey’s objection did not come out of nowhere. Weeks before the media reported about Sweden and Finland’s official intention to join Nato, a source told Middle East Eye that Turkey would “not allow such a move unless the two countries would distance themselves from ‘terror’” - by which they meant the PKK.

In the 1980s, the PKK’s war against Turkey intensified, resulting in the deaths of thousands of people and a harsh response by the Turkish army. Some PKK members began fleeing to Europe and creating branches in different European cities. Sweden, as a country with particularly tolerant laws and regulations towards “political and ethnic refugees,” became a popular destination.

And it wasn’t just PKK members that made Sweden their home. Kurdish authors and intellectuals with no PKK affiliation also settled there, subsequently clashing with the militant group’s members over Kurdish issues.

In 1984 and 1985, two ex-PKK members - Enver Ata and Semir Gungor - were assassinated in Sweden at the request of PKK leader Abdullah Ocalan, who was captured by Turkey in 1999 and given a life sentence.

'Turkey's position on the PKK is very clear and consistent. There is no way the West would fail to understand it'

This was the moment the Scandinavian country realised that the PKK could be a threat Sweden as well, and listed the group as a terror organisation.

Huseyin Yildirim, who was then responsible for the PKK’s Europe branches, threatened the Swedish government and demanded the group be delisted. Decades later, Yildirim said the PKK had “killed a lot of people”.

Ocalan’s ex-wife, Kesire Yildirim, also lives in Sweden, after she was banished by her ex-husband from the group. According to Huseyin Yildirim, Ocalan ordered the PKK to kill his wife because she was objecting to certain orders.

Olof Palme, the Swedish prime minister who listed the PKK a terror organisation and attempted to end its activities in the country, was assassinated in 1986. His murderer was never found, though, in a widely criticised move, Swedish prosecutors said in 2020 they had “reasonable evidence” that graphic designer and long-term suspect Stig Engstrom was the culprit.

Nevertheless, the PKK has long been one of the prime suspects.

Semdin Sakik, a senior PKK commander and brother of the Kurdish politician Sirri Sakik, said in 1999 that the PKK was behind the assassination. Ocalan even told a Turkish court in 1999 that his ex-wife’s splinter group may have been behind Palme’s killing.

However, the PKK’s complicity has never been proven, and recent investigations have poured cold water on the theory.

In the 1990s, more PKK members and sympathisers, along with ordinary Kurdish people, sought refuge in Sweden and other European countries. Sweden’s tolerance towards minorities helped Turkey’s ardent enemies establish a well-grounded presence in the country.

Indeed, Ocalan himself wrote in his 2010-dated book that the organisation of the PKK in Europe was indispensable for its cause: “The organisation in Europe is of significance for... establishing diplomatic relations, drawing the attention of public opinion, maintaining connection, supplying financial power, sending people to the struggle, and making propaganda and agitation through media activities.”

Turkey has accused Sweden of accommodating terrorists for decades. However, Paul T Levin, director of Turkish studies at Stockholm University, told Middle East Eye: “It would be wholly inaccurate to interpret the presence of PKK supporters in Sweden as being part of such a policy.”

Instead, he believes that the PKK has been enjoying Sweden’s “historically liberal policy regarding asylum for political refugees”. 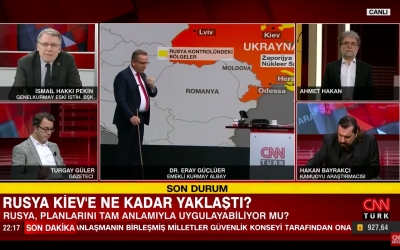 The biggest shift in Turkey-Sweden relations was after the emergence of the PYD, a Kurdish group in Syria’s north, whose armed wing is known as the YPG. Turkey regards the two Kurdish organisations as the PKK’s Syrian branch and blames them for several attacks on Turkish soil.

The West and Sweden’s approach to the PYD is fundamentally different. The YPG was the principle ally of the US-backed coalition against the Islamic State (IS) group on the ground in Syria. Turkey describes this argument as a pretext for legitimising the “terror organisation’s” presence along its borders.

Like other western countries, Sweden has developed a great sympathy towards the PYD and sees it as distinct from the PKK.

This is the core of the problem, according to Levin, who observes a “growing understanding that Sweden will have to listen to Turkey’s concerns and try to find an acceptable compromise”.

But he emphasises that Ankara’s demands, such as extradition of certain figures from Sweden, are “either based on misunderstanding or are very difficult for the [Swedish] government to give,” due to an array of issues, such as strict legal procedures for extradition.

However, Ozgur Unluhisarcikli, Ankara office director at the German Marshall Fund of the United States (GMF), believes there can be no misunderstanding. “Turkey’s position on the PKK is very clear and consistent,” he told MEE. “There is no way the West would fail to understand it.”

One of the more recent bones of contention between Sweden and Turkey was the former in 2016 allowing the PYD to open an office in Stockholm.

Sweden then severely criticised Turkey’s 2019 military offensive in northeastern Syria, which mainly targeted the PYD along its borders. In response, Sweden joined other European countries to ban weapons exports to Turkey.

Levin believes that Sweden’s self-image as a country that stands up for democracy and human rights - including oppressed minorities, which is how many in Sweden see the Kurds - is central to Swedish collective identity.

Swedish Foreign Minister Ann Linde has been the most prominent figure in Sweden’s relations with the PYD, and her meetings with the group's members drew a harsh response from Turkey. At a 2020 news conference, Linde and her Turkish counterpart, Mevlut Cavusoglu, snapped at each other over Turkey’s presence in north Syria. Tensions rose further when a Swedish delegation visited a PYD-controlled area.

To make matters worse, the Turkish military has claimed that several Sweden-made AT4 rockets were seized after combat with PKK militants. These weapons were used against the military on Turkish soil in 2020 and 2021.

Levin says his examinations determined that the AT4 rockets were produced in the US and delivered to the YPG-led Syrian Democratic Forces militia and Iraqi semi-autonomous Kurdistan Regional Government.

However, he is surprised that the stock/part number listed under the barcode was not properly checked, since it gives a clue about the producer. Other researchers have also concluded that these were versions made and delivered by the US.

Levin said Swedish people believe their reputation is on the line. “Turkey’s demands are seen by many here [Sweden] as asking us to ‘give up’ the Kurds along with our rights-based foreign policy,” he said.

With elections to be held in September, the Swedish government may struggle to explain making concessions.

Unluhisarcikli believes Turkey has been using this opportunity as leverage against Europe.

In his opinion, this crisis is also related to Turkey’s domestic policy. Turkish President Recep Tayyip Erdogan “is aiming to present himself as a strong leader who stands up for Turkey’s interests in a way that others before him have been unable to do,” he said

Despite the dispute over the PYD, on some occasions Sweden has openly sided with Turkey against PKK operations, and Swedish police have carried out operations against the group. According to Levin, Sweden has extradited many PKK members to Turkey, while 30 Kurdish people currently face the risk of deportation for allegedly harbouring sympathies for the group.

In the end, Levin suspects Swedish authorities are confused about whether their country is really the main target, or whether it has become part of a larger intra-Nato conflict.