Erdogan vows to send 1 million refugees back to Syria

Last Tuesday, Turkish President Recep Tayyip Erdogan, in a reversal of his previous policy, declared that his government was working on a project for “the voluntary and honourable return of 1 million Syrian refugees” back to their homeland. Erdogan claimed that some 500,000 Syrians have already returned to the safe regions in Syria. However, the UN put the figure at 130,000. 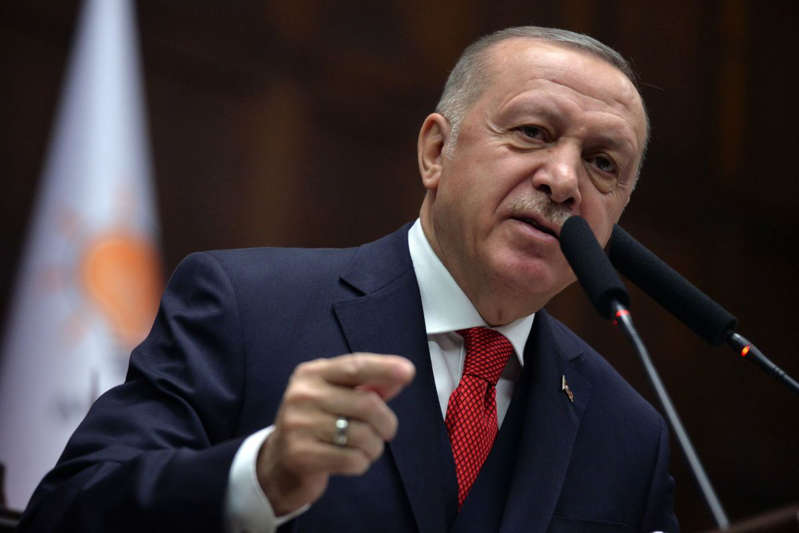 Turkey is currently hosting the largest number of refugees in the world: about 3.7 million from Syria granted temporary protection status, and over 400,000 refugees and migrants from Afghanistan, Iraq and other countries.

With increased intensity and frequency in the past few years, Turkish opposition parties have been complaining that the influx of refugees poses a threat to the structure and culture of Turkish society and demand that they are sent back to their country.

For his part, Erdogan had been accusing his opponents of showing “inhumanity” and insensitivity to the drama of refugees.

In one of his frequent reversals of policy and possibly because a series of opinion polls showed that up to 85 per cent of Turkish people have strong objections to Turkey’s hosting millions of refugees, Erdogan ordered the building of 57,000 briquette houses in the Idlib area, in Syria, where 50,000 families of Syrian refugees have been moved.

In a video message shown at the inauguration ceremony for the new houses in Idlib on May 3, Erdogan said, “We didn’t just open our doors to save the lives and the honour of the oppressed, but we made and, are making, every effort for them to return to their homes. We are now working on a new project for the voluntary return of 1 million Syrians.”

He added that the project was realized in coordination with local and international NGOs and local governments in 13 different regions in Syria.

Kemal Kilicdaroglu, the leader of Turkey’s main opposition party CHP, commenting on Erdogan’s project said, “Erdogan let go of these stories. Fugitives are still flooding in from the border… We have had enough of your lies.”

Kilicdaroglu has repeatedly stated that when his party comes to power, it will send Syrian refugees back home.

It should be noted that several human rights groups strongly dispute Erdogan’s claim of voluntary return of refugees and say that some of them are being returned against their will because they do not go back to their former homes, but to new homes in other districts, under a government, they deeply mistrust and in an impoverished country that offers them no prospects of normal life or security.

In the first years when Syrian refugees stayed in camps, ordinary Turks were showing solidarity with them, but as the refugees settled in Istanbul, the southern provinces and many cities across the country, and as the Turkish economy continued to worsen, the public feeling changed and turned against them, and the opposition parties started calling on the government to send the refugees back to Syria.

It is estimated that about 1 million Syrian refugees have found low-paid jobs in the black economy – and because of this they are accused of depriving employment to Turkish workers who usually demand higher wages- and have set up small businesses and separate Arabic -speaking communities.

Social media started to publish fake news about the refugees, showing them living an easy life, while ordinary Turks face huge difficulties to make ends meet, and stirring hatred against the refugees.

One glaring example of this, occurred last week when a nine-minute video called “The Silent Occupation” appeared on YouTube, showing a crime-ridden Istanbul in May 2043 when the city has been taken over by refugees speaking Arabic, while the Turkish language is banned. The highly paid jobs have been taken by Syrians while Turks were employed in menial jobs.

The film shows a Turkish youth working as a cleaner in a hospital asking his parents, “How could you let that happen even though you had been warned over and over again that Syrians were carrying out a silent invasion?”

Hande Karasu, who made the documentary, falsely claims that Turkey is home to 8 million Syrians and, given that the majority of them do not want to return home and that the fertility rate of Syrian women is 5.3, by 2043 there will be 15 million Turks of Syrian origin, and therefore a Syrian party in Turkey is probable.

In just a day the video, which was financed by Umit Ozdag, leader of the xenophobic far-right Victory Party, was viewed by more than 2.6 million viewers. The main political platform of the Victory party is to target refugees for the economic difficulties Turkey is facing.

Various polls show that 73 per cent of Turks are unhappy with Erdogan’s refugee policies and the main opposition party CHP is trying to capitalize on this discontent and win votes.

Devlet Bahceli, the ultra-nationalist party leader of MHP and Erdogan’s government ally, has described uncontrolled migration as an “occupation of the country” which should be prevented. He even said that the thousands of refugees who went to Syria to celebrate the Eid-ul-Fitr holiday should not be allowed to return to Turkey.

Following Bahceli’s lead, Interior Minister Suleyman Soylu announced that Syrians who went home for the holidays would not be able to come back.

Anthropologist Ayse Cavdar was quoted by Al-Monitor as saying that “public resentment toward refugees is growing increasingly explosive and xenophobia in Turkey has been normalized if not downright legitimized. With its usual arrogance, the government is playing at first escalating the refugee crisis and then solving it, hoping it would send enough refugees back to gain points with the voters. But it is unlikely that the ruling party would come up with a solution to the refugee crisis, which has so many interwoven components, both domestically and internationally.”