In Negotiating Survival: Civilian-Insurgent Relations in Afghanistan, Ashley Jackson provides fascinating insight into the relationship civilians have with both insurgencies and governments, focusing particularly on the experiences of civilians in Afghanistan. This engaging book makes a vital contribution to reimagining civilian-insurgent relations, writes Christopher Featherstone. 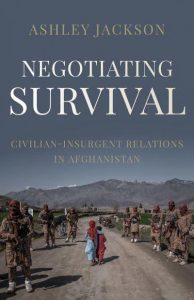 In this timely book, Ashley Jackson provides fascinating insight into the relations that civilians have with insurgents and governments, using the conflict in Afghanistan to demonstrate the negotiations that characterise these relationships. Jackson gives the reader an in-depth overview of the experiences of civilians in Afghanistan, taking a bottom-up approach to paint a rich picture of those navigating life in the conflict between the Taliban insurgents and the Afghan government. Written before the chaotic scenes of the 2021 US withdrawal from Afghanistan, Jackson provides timely insights into the relations between the Taliban and Afghan civilians. Whilst the context has changed and the Taliban are no longer an insurgency, understanding civilian-Taliban negotiations may offer crucial understandings of the Taliban’s future conduct.

Negotiating Survival is a useful introduction to civilian-insurgent relations, explaining concepts and its theoretical framework clearly. The book is both accessible to the general reader and of equal use to academics. After an initial introduction to the situation for civilians in the conflict in Afghanistan, the purpose and objectives of the book’s research are laid out for the reader.

The reader is led through the reasoning behind the research methodology and data collection methods. Jackson conducted 418 interviews with civilians and members of the Taliban in fifteen of the 34 provinces of Afghanistan (11). Access was, unsurprisingly, a huge challenge for Jackson’s research. Jackson points out that the conflict in Afghanistan is one of the most studied conflicts in history, and yet much of this research is not based on fieldwork. In critiquing this over-reliance on at-a-distance analysis, Jackson explains her decision to pursue the extensive programme of interviews. The argument here is well-informed, with the research interviews throughout the book giving rich insight into the experiences of Afghan civilians. 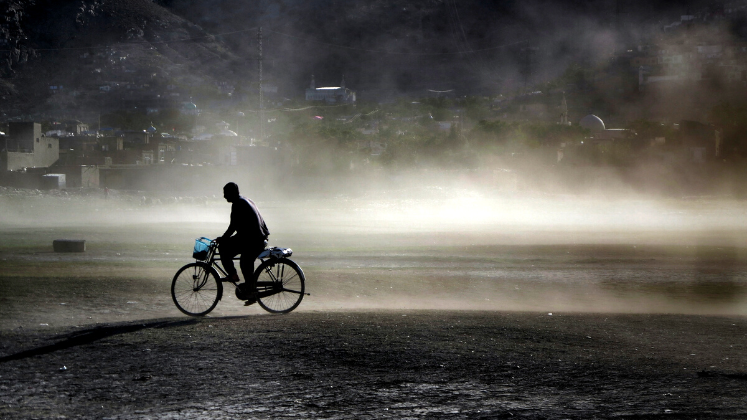 Jackson highlights the research puzzle of her work. Despite most books on insurgency agreeing that insurgent-civilian relations are crucial to the insurgency’s success, ‘civilians are rarely constructed as full-fledged or meaningful actors within a conflict. Combatants are actors, non-combatants are acted upon.’ As Jackson highlights in striking detail with an anecdote about one of her first interviews for the research, civilians in Afghanistan were not allowed the option of remaining neutral in the conflict nor of avoiding engagement with the Taliban.

In response to this research puzzle, Jackson advances a theory of insurgent-civilian relations, arguing that the relationship is interdependent. Civilian interests and leverage combine, and from these civilians draw their options and strategies for interaction and negotiation with insurgents. Violence and coercion, persuasion, incentives and social capital all influence the options and strategies that are available to civilians. Similarly, insurgents combine their interests and leverage to determine their options and strategies in their negotiations with the civilian population. Jackson’s argument is persuasively made. The agency of civilians in these interactions, often disregarded in the literature, is convincingly laid out with examples from the Afghanistan case study but also from other conflicts.

Building on this, Jackson outlines the spectrum of civilian options for negotiations with insurgents, which range from joining the opposition to the insurgency, fleeing, negotiating, complying or joining the insurgency. Insurgents have a less complex range of options available to them for their interactions with civilians, ranging from rejecting civilian demands, to negotiating or accepting civilian demands.

In the opening pages of the book, Jackson outlines the experience of an Afghan villager, Hajj Aman, recounting his negotiations with the Taliban. The villager dropped his negotiations on an NGO hydropower project to avoid accusations of aligning with the Taliban’s enemies, demonstrating a move from negotiating to complying in Jackson’s framework. Yet on the issue of reopening schools in the area, Hajj Aman continued his negotiations, even after his request was initially rejected. He pursued this goal, negotiating further and persuading the Taliban of the change in circumstances since his last request, even going so far as to level a threat in negotiations with his Taliban interlocutors. Through this, he managed to achieve his aim of reopening the schools in his local district.

The central chapters of the book provide further fascinating insight into life for civilians in the heart of the conflict in Afghanistan. The empirical accounts of the experiences of individuals interviewed for the research give this book the personal touch, bringing the argument to life and demonstrating the real-world implications. The spectrum of civilian options for interaction with insurgents and insurgent options for interaction with civilians is developed and explained in a rich narrative drawing on the extensive interview data.

This book makes a timely argument at a particularly opportune moment. As Jackson outlines in the conclusion, when she first started to work in Afghanistan, she was told how the security issues with the Taliban could unfold. In an interesting demonstration of how the context of her research developed, Jackson recounts her disbelief at an analyst’s security briefing on the position of the Taliban in 2009. The analyst informed the meeting that the Taliban had learned lessons from the Mujahadeen, and that the Taliban’s expansion of their areas of control would not occur overnight, but that they would eventually come back. As Jackson outlines, ‘few understood […] how things could go so badly wrong’, but part of the answer, for Jackson, lies in the Taliban’s relations with civilians.

Jackson certainly provides a thought-provoking and theoretically developed explanation of civilian-insurgent relations in Afghanistan. It particularly questions established understandings of civilian agency in negotiations with insurgents in the literature in an informed and articulate way. The book is a must-read for anyone seeking to understand the situation in Afghanistan and the relationship between civilians and insurgents during conflict.

Negotiating Survival is a fascinating book, engaging the reader from the opening pages and bringing to life the experiences of Afghan civilians in the longest conflict in which the US has ever been involved. The general reader will be engaged, while the academic reader will find that the research addresses a gap in the literature and presents a well-explained and tested theoretical framework. As Jackson concludes: ‘If there is one major argument this book hopes to make about civil war, it is that the way we think about civilians and insurgents needs to be thoroughly interrogated and reimagined.’ Jackson’s book offers a brilliant first step towards reimagining this relationship.