The Administration said on its official website that, on May 27, 2022, it handed over a number of women and children from ISIS families of Albanian nationality, according to an official handover document between the Autonomous Administration of North and East Syria and the Republic of Albania, with the participation of a member of the YPJ Relations Office member Dylan Ahmed.

According to Website joint delegation from the Republic of Albania and Kosovo visited North and East Syria, which received by the co-chair of the Department of Foreign Relations, Abdul Karim Omar, and the two co-chairs of the joint presidency, Fanar Al-Kait, Abeer Elia and Nafia Muhammad, the head of the presidential office in the department.

Abdul Karim Omar spoke during the meeting about the economic and security challenges facing the Autonomous Administration and the importance of supporting it politically and economically, and the need for the international community to shoulder its responsibilities regarding the terrorism file. 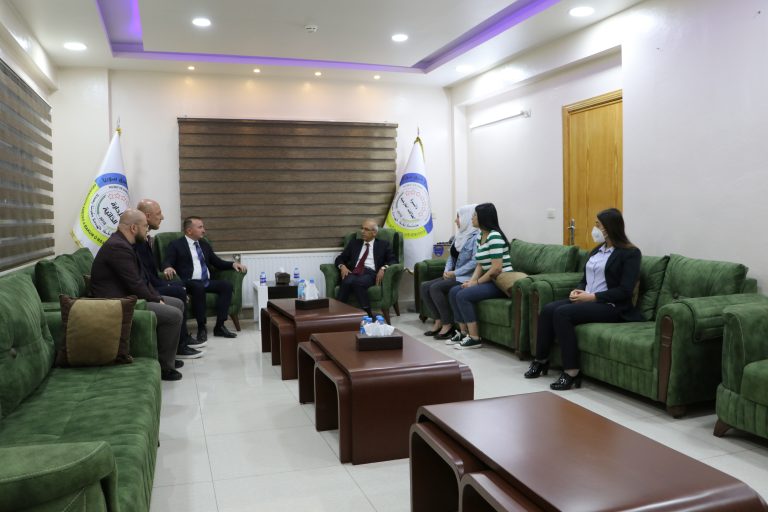 The website also quoted Fanar al-Kaait as saying: "The recent Turkish threats threat peace and security, and their consequences are catastrophic for the region, so any new Turkish invasion of the region will lead to large waves of displaced people and more victims."

In turn, Mr. Dautaj expressed his country's gratitude to the Autonomous Administration of NE Syria by saying: "The Autonomous Administration has demonstrated its commitment to combating terrorism and succeeded, but the price was, unfortunately, high. We believe that one aspect of combating terrorism is to separate the environmental link so that the radical ideology does not spread through generations".

Source: ​​​​​​​AANES hands over a number of ISIS families to Republic of Albania - ANHA | HAWARNEWS | English