The Peshawar High Court has directed the Sikhs living in Pakistan to possess a renewable license for wearing kirpan in the court and government departments.

New Delhi: Pakistan’s Peshawar High Court has directed the Sikhs living in the country to possess a renewable license for wearing kirpan in the court and government departments, a move which has evoked sharp criticism from the Sikh community across the world.

Detailing the significance of kirpan for Sikhs, Dhami said, "For amritdhari (initiated) Sikhs, the kirpan is one of the important five kakars, wearing which was must as per the Sikh Rehat Maryada (code of religious conduct)."

He added that kirpan is not a knife or a dagger but a symbol of faith for the Sikhs. 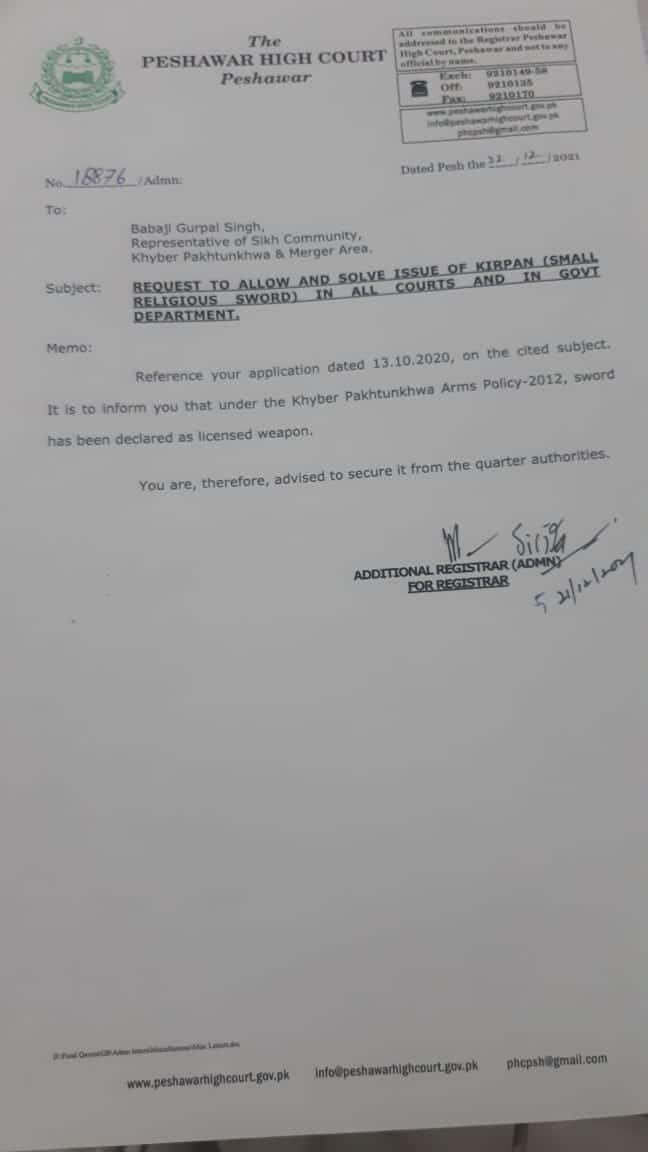 "The decision of the Peshawar High Court has caused great resentment in the minds of Sikhs. The Sikhs have settled all over the world and now the governments of different countries have also allowed them to wear a kirpan. Pakistan had been a part of India before 1947, so the people living there are well aware of the Sikh history and traditions," Dhami said further.

In India, Article 25 (2) (b) of the Constitution gives the right to the Sikhs to wear a kirpan at all times.

In response to a petition filed in the Peshawar High Court by Sikh representative Baba Ji Gurpal Singh seeking to allow Sikhs to wear the kirpan in all the courts and in the government offices, the court, while declaring kirpan (sword) as a weapon, gave the said permission to the minority community but under the 'Khyber Pakhtunkhwa Arms Police - 2012'. This, however, means that Sikhs in KPK will have to get a license for wearing kirpan in courts and government offices.

Bharatiya Janata Party’s (BJP) national spokesperson RP Singh has condemned the order and said that it has hurt the sentiments of the community across the world.

"The court said that this knife-sword cannot be kept without a license, it is not a sword, but a kirpan that we have got because of Guru Ji's grace," he has said.

Singh has also written a letter to the High commissioner of Pakistan to convey the community's concern.

He has stated that it would be highly appreciable if the Pakistan government immediately intervenes and have the Peshawar court orders reversed "so that the Sikh community could enjoy a similar religious freedom as they enjoy worldwide".