Why is Hamas popular in Jerusalem? - analysis

If there’s one thing that many Israelis and Palestinians agree on, it’s that Hamas enjoys widespread support among the Arab residents of Jerusalem.
Hamas’s popularity there seems to have increased during and after last May’s 11-day war with Israel.

The war, which erupted amid the controversy surrounding the eviction of Arab families from their homes in Sheikh Jarrah and Israeli security measures in the city, specifically al-Aqsa Mosque compound, allowed Hamas to present itself as the “defender” of Jerusalem and its residents and holy sites.

Hamas is perceived as having initiated the war to stop the Sheikh Jarrah evictions and force Israel to rescind its strict security measures in Jerusalem’s Old City and on the Aqsa Mosque compound.
During and after the war, thousands of Muslim worshipers demonstrated following Friday prayers at the Aqsa Mosque compound, chanting slogans in support of Hamas and its “military” wing, Izaddin al-Qassam.
A MAN HOLDS a Hamas flag as he stands next to others atop a building near al-Aqsa Mosque in Jerusalem’s Old City on Monday. (credit: AMMAR AWAD/REUTERS)
The demonstrators, many of whom were residents of east Jerusalem, called on Hamas to launch rockets at Israel and pursue the “armed struggle until the liberation of Jerusalem and all Palestine.”
Buoyed by the growing popularity of their group in Jerusalem, Hamas leaders have opened direct channels with many east Jerusalem residents, to the dismay of the Palestinian Authority.
Hamas leader Ismail Haniyeh has been in direct contact with the Sheikh Jarrah families threatened with eviction. He has also phoned a number of east Jerusalem residents, including a woman protesting Israeli renovation work near her son’s grave by the Lions Gate. 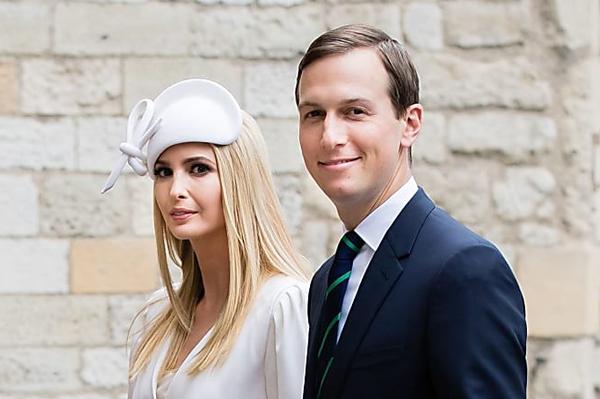 Ivanka Trump and Jared Kushner Close massive $32 Million Dollar Deal in Miami CondoSponsored by Mansion Global
Like many Palestinians in the West Bank and Gaza Strip, the predominantly Muslim residents of east Jerusalem are part of a conservative and religious society that supports any group that is associated with Islam. The PA, by contrast, is loathed by many Palestinians because it is regarded as a corrupt secular regime that operates in violation of Islamic teachings.
The dispute surrounding the Sheikh Jarrah families and continued visits by Jews to the Temple Mount have been at the center of a well-organized Palestinian campaign that has accused Israel of carrying out “ethnic cleansing” and conspiring against Islamic (and Christian) holy sites in Jerusalem.
Routine visits by Jews to the Temple Mount are described by the Palestinian media as “violent incursions” into al-Aqsa Mosque by “extremist settlers.” The Jews are accused of “desecrating” the mosque, although none of them have set foot inside al-Aqsa Mosque or the Dome of the Rock.
The campaign of incitement is being waged not only by Hamas, but also by the PA and its senior representatives and media outlets.
When Palestinians are told on a daily basis that the Jews are “defiling” the Aqsa Mosque and plotting to squeeze the Arabs out of Jerusalem, many rally around Hamas, and not the PA. The PA, in other words, is driving many Palestinians, including east Jerusalemites, into the open arms of its rivals in Hamas.
Yet this is the same PA that is also cracking down on Hamas members and supporters living under its rule in the West Bank.
Ironically, Fadi Abu Shkhaydam, the terrorist who carried out the shooting attack in Jerusalem’s Old City on Sunday morning, enjoyed more freedom to act and speak because, as a resident of east Jerusalem, he held an Israeli-issued ID card that gave him the same rights of an Israeli citizen, with the exception of voting in general elections. Hamas-affiliated preachers like Abu Shkhaydam who live under the PA often find themselves in Palestinian prison or without jobs. 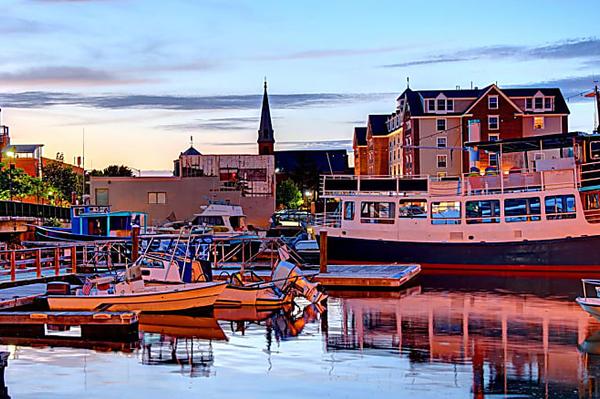 All Are Welcomed in Salem’s Exceedingly Friendly McIntire Historic District—These Days, Maybe Even WitchesSponsored by Mansion Global
Recommended by
A Palestinian man from the Jenin area who received a phone call from Haniyeh, the Hamas leader, offering condolences over the death of his nephew (who was fatally shot by the IDF) has been arrested by the PA security forces.
Two mosque preachers who recently expressed support for Hamas have been fired by the PA.
Last week, a schoolteacher from Bethlehem who reportedly told his students that he has more respect for Hamas than the Palestinian flag was arrested by the PA’s Preventive Security Service.
In the past few weeks, more than 35 Hamas members were rounded up by the PA security forces in the West Bank. But the PA is not permitted to arrest or even summon for interrogation anyone who holds an Israeli ID card or citizenship.
If Abu Shkhaydam had been living in Ramallah or Nablus, he would have been arrested or dismissed from his job long ago.