Australia seeks to keep vital technology out of wrong hands

Australian Prime Minister Scott Morrison on Wednesday listed several areas of technology he said were vital to his country's interest, pledging millions to safeguard them from strategic rivals.

The move comes amid increased tensions with China, with Canberra increasingly concerned that Beijing could be benefiting from Australian technological know-how — often through joint research projects — to help it dominate in the sector.

Among other things, Canberra has effectively barred the Chinese company Huawei from operating Australia's 5G network, a move that initiated a major diplomatic rift between the two countries.

What did Morrison say?

"In most cases having diverse well-functioning markets can meet our technology needs, but in some cases — for critical technologies — we need to ensure we can access and use such technologies reliably and safely, in good times and bad," Morrison said in a speech at a forum hosted by the Australian Strategic Policy Institute.

He said protective measures would aim to "balance the economic opportunities of critical technologies with their national security risks."

"The simple fact is that nations at the leading edge of technology have greater economic, political and military power," he said. What areas does government want to protect?

Morrison said Australia had identified 63 sensitive technologies that it wants to protect from foreign domination.

Quantum technologies, which are based on the physics of sub-atomic particles, are expected to play an ever-growing role in areas such as health care, finance, artificial intelligence and weather forecasting.

A 2020 report on the sector by the CSIRO, the country's science agency, said the industry could generate more than $4 billion and 16,000 jobs within the next two decades.

Others listed technologies have military or dual-use capacities, such as light-refracting synthetic materials, laser communications and quantum cryptography. 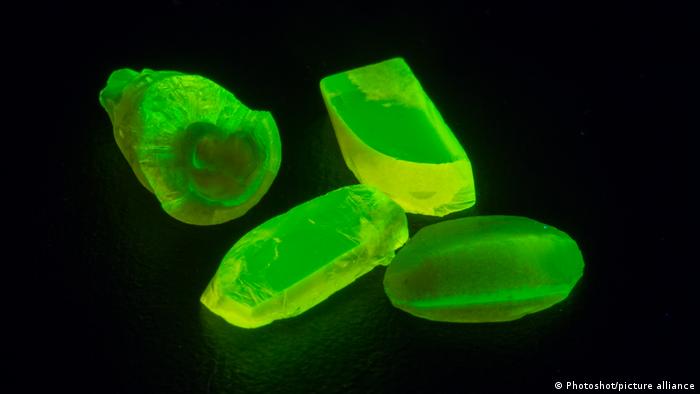 Australian scientists are active in many research areas, such as the study of rare earths

What protective measures are to be taken?

Restrictions may be imposed on domestic universities conducting joint research with foreign institutions in the 63 areas identified.

Morrison said such technologies would not be automatically banned for export or proscribed, but could be subject to "additional risk management," such as measures to stop "unwanted tech transfer" from government, industry and universities.