By Explorer - October 08, 2021
The blast occurred in a Shiite mosque in Kunduz province during the weekly Friday prayer service. (AP)

A Taliban police official says at least 100 people have been killed and wounded in a mosque explosion targeting Shiite Muslims in northern Afghanistan. Dost Mohammad Obaida says the “majority of them have been killed”. There was no immediate claim for the blast in Kunduz province, but Islamic State militants have a long history of attacking Afghanistan’s Shiite Muslim minority.

If confirmed, the death toll in Friday’s attack would be the highest in an attack by militants since US and NATO troops left Afghanistan at the end of August and the Taliban took control of the country.

People carry the body of a victim from a mosque following a bombing in Kunduz province, northern Afghanistan, Friday. (AP)

The blast occurred in a Shiite mosque in Kunduz province during the weekly Friday prayer service at the Gozar-e-Sayed Abad Mosque when members of the Shiite religious minority typically come in large numbers for worship. Witness Ali Reza said he was praying at the time of the explosion and reported seeing many casualties.

Videos and photos on social media and elsewhere appear to show people searching the destroyed mosque and moving a worshipper’s body from the gruesome scene to an ambulance. 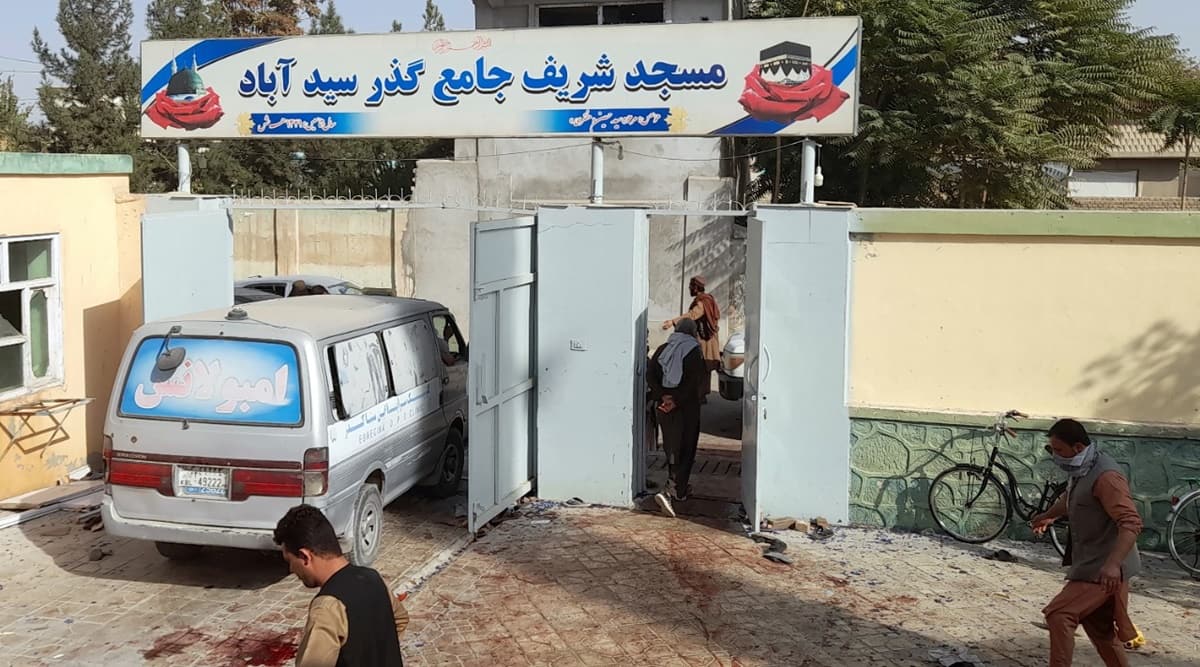 The cause of the blast was not immediately clear. No group has yet claimed responsibility for it. (AP)

Taliban chief spokesman Zabihullah Mujahid said the Shiite mosque was the target and that a “large number” of worshippers were killed and wounded. He said Taliban special forces had arrived to the scene and were investigating the incident.

The cause of the blast was not immediately clear. No group has yet claimed responsibility for it.

The Taliban leadership has been grappling with a growing threat from the local Islamic State affiliate, known as the Islamic State in Khorasan. IS militants have ramped up attacks to target their rivals, including two deadly bombings in Kabul.

IS has also targeted Afghanistan’s religious minorities in attacks.