Many netizens called out FabIndia for unnecessarily trying to infuse religions, and trying to impose a ‘secular’ world view on a Hindu festival. 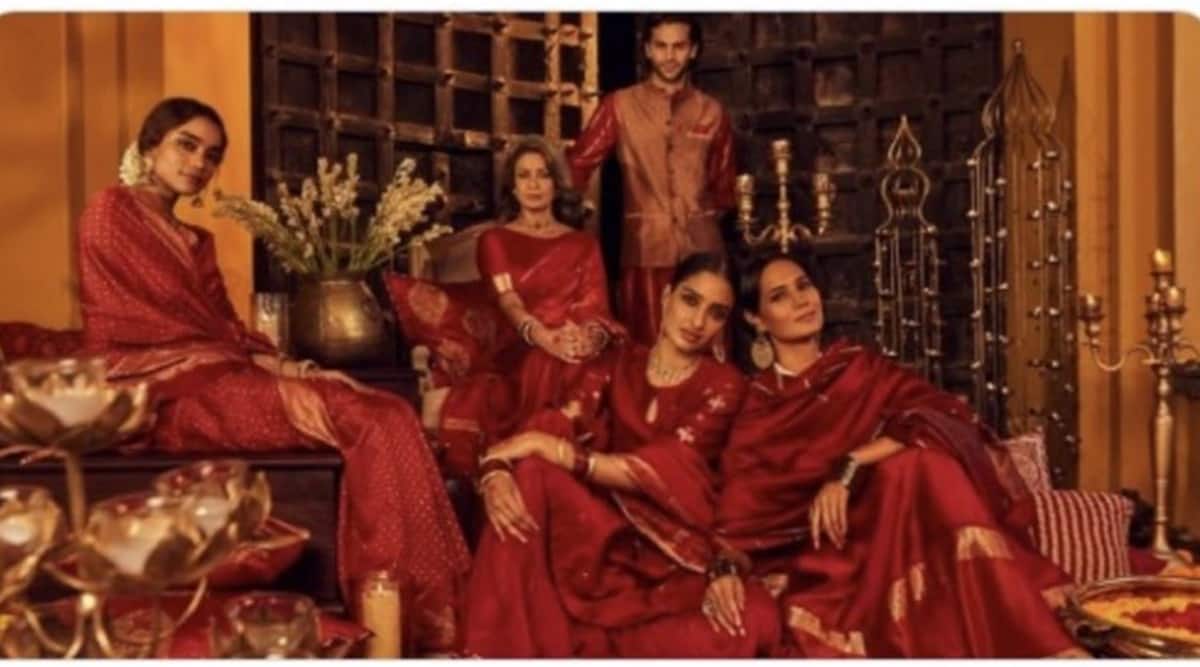 Popular clothing brand, FabIndia, a favourite of many who like wearing their ‘ethnic-printed’ kurtas, found themselves embroiled in a controversy regarding their latest tweet. The tweet had promoted their latest clothing collection, titled ‘Jashn-e-Riwaaz’, which was aimed as a big launch, to tie in with the current festive season.

FabIndia had tweeted out the collection on October 9, with the post , “As we welcome the festival of love and light, Jashn-e-Riwaaz, by FabIndia is a collection that beautifully pays homage to Indian culture…”. The post featured men and women adorning festive, Indian ethnic clothing in a vibrant shade of red.

The tweet was removed by FabIndia on Monday and the ad was pulled as well, after an uproar erupted on social media that basically accused the clothing brand of ‘damaging the Hindu festival of Diwali’.

ALSO READ |Understanding the psychology behind the clothes you wear

Soon the hashtag #boycottFabIndia started to trend on Twitter, with many users asking for an immediate boycott of the brand. BJP Yuva Morcha President Tejasvi Surya, too joined the uproar on social media and tweeted, “Deepavali is not Jash-e-Riwaaz. This deliberate attempt of abrahamisation of Hindu festivals, depicting models without traditional Hindu attires, must be called out. And brands like @FabindiaNews must face economic costs for such deliberate misadventures,” wrote Surya, who also tagged FabIndia in the post, and linked the said tweet in his post.

Many other netizens called out FabIndia for unnecessarily trying to infuse religions, and trying to impose a ‘secular’ world view on a Hindu festival. Uttarakhand MLA Rajkumar, from BJP too posted about the same. “Deepavali is not Jash-e-Riwaaz…Period!!! Seems like Fab India has done this deliberately to hurt Hindu Sentiment. #BoycottFabIndia”, wrote Rajkumar, who attached a screenshot of the original FabIndia post.

When The Indian Express reached out to FabIndia for a response, the company shared their take on the whole issue. “We at Fabindia have always stood for celebration of India with its myriad traditions in all hues. In fact ‘Fabindia – Celebrate India’ is our tagline and also a wordmark. Our current capsule of products under the name Jashn-e-Riwaaz is a celebration of Indian traditions. The phrase means that, literally. The capsule is not our Diwali Collection of products. Our Diwali collection is called “Jhilmil si Diwali” is yet to be launched. Please do keep a look out. It is going to be beautiful,” read the statement issued by FabIndia.

ALSO READ |Lounging at home: How comfort clothing has reigned in the pandemic

FabIndia started out in 1960, with a single store in 1960 by John Bissell. Today, after 61 years, it has evolved into an established chain, with multiple stores in almost all major cities of India. They have made a name for themselves in the ‘Indian-ethnic’ space, and they promote the said aesthetic in their clothing lines, home furnishings, decor and furniture. FabIndia, in recent times is not the only one brand that has faced the ire of netizens.

Earlier we had jewellery brand Tanishq, who was trolled mercilessly for their advertisement promoting inter-faith marriages, and last month Manyavar, another clothing brand faced #boycottmanyavar, when a new advertisement starring Alia Bhatt addressed the tradition of ‘Kanyadaan’ in Hindu weddings.