Decoded | Yemen civil war: Who is fighting whom and why

When Saudi Arabia launched strikes at the Houthis in 2014, it said the war would be over in weeks. But the civil war is still going on for about seven years, with the Houthis remaining firm in the capital Sanaa. 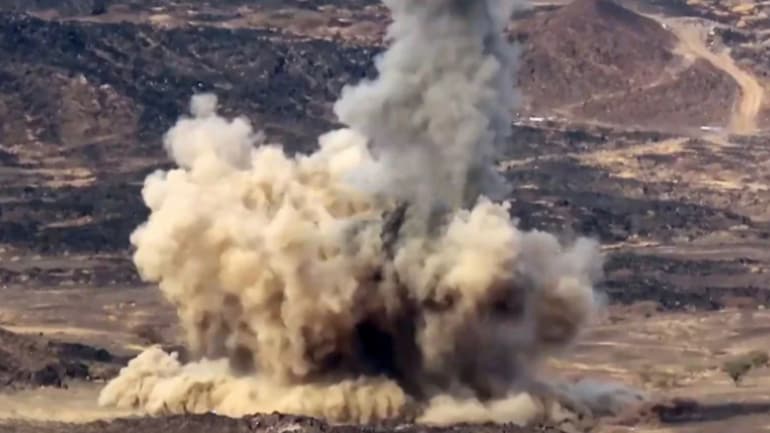 Yemen is a relatively new country in its current form. After years of fighting, North Yemen and South Yemen joined in 1990 to form Yemen, hoping to bring peace to the country sitting at the mouth of the Red Sea on the Arabian Peninsula.

However, peace did not actually come to the country. It is still fighting a civil war. Its government, recognised by the United Nations and the large international community, is in exile.

The rebel group captured Yemen's capital Sanaa in 2014 and has maintained its sway over it since then. Actual clashes often break out between the two sides. In the latest round of armed conflict, 65 soldiers were killed.

The rebels are called Houthi (also spelt as Huthi and pronounced “who-thee”). The battleground ground was Marib, a government stronghold in North Yemen, which the Houthis covet as it is an oil-rich region.

The Houthis launched a fresh offensive on Thursday, leading to the death of 43 of their fighters and 22 government soldiers.

WHY IS THIS CIVIL WAR BEING FOUGHT?

The unification of Yemen did not pacify all the forces operating in the north and south portions of the country. The anti-government forces, including the Houthis, continued to challenge the unified government. It came to a break-point in 2011 when the reigning President Ali Abdallah Saleh was forced to resign.

Saleh had grown unpopular as corruption, unemployment and food security became significant problems. The Arab Spring uprisings in the region in 2011 made his stay in power impossible.

His deputy Abdrabbuh Mansour Hadi took over, but he failed to bring the situation under control. Several factions of Yemen's polity challenged his authority.

WHERE DID HOUTHIS COME FROM?

Houthis were formerly known as Ansar Allah and had long been fighting for Yemen's minority Zaidi Shia Muslim community. They had fought against Saleh’s forces.

When Hadi looked vulnerable, the Houthis upped their ante and gunned for the capital. Armed conflict war broke out in 2014. Yemen became the shadow boxing ring for Sunni majority Saudi Arabia, which backs the official government, and Shia-dominated Iran, which supports the Houthi rebels.

The Houthis also got the support of Sunni Muslims, who were disillusioned with the transition of power in Yemen. The Houthis captured the capital Sanaa, and President Hadi fled to Saudi Arabia, which leads a nine-nation armed coalition.

WHAT IS THE CURRENT SITUATION?

When Saudi Arabia launched strikes at the Houthis in 2014, it said the war would be over in weeks. But the civil war is still going on for about seven years, with the Houthis remaining firm in the capital Sanaa.

Saudi Arabia, however, has ensured that the airport in Sanaa remains shut for the Houthis through its blockade programme.

The United Nations has been trying to bring the two sides to a ceasefire to arrive at a negotiated settlement. But the fighting still has not stopped.

ARE THERE OTHER PLAYERS, TOO, IN YEMEN?

Fighting between the Houthi rebels and the government forces has continued in different regions of Yemen, and multiple active fronts of war are there in the country. This chaos has attracted terror outfits such as al-Qaeda and the Islamic State to Yemen too.

Al-Qaeda in the Arabian Peninsula (AQAP) and a local affiliate of the Islamic State (IS) took advantage of the situation by capturing territories.

Aden, which gives name to the Arabian Sea’s Gulf of Aden, is being contested between the two. They have occupied territories in the nearby areas. The Gulf of Aden has geostrategic significance as a large number of oil shipments pass through this strait.