Dateline Afghanistan: Meet the warlords even the Taliban fear

Some Afghan warlords are asserting their power even after the Taliban takeover of Kabul. Here's a detailed look at their role in Afghanistan. (Graphics by Rahul Gupta) 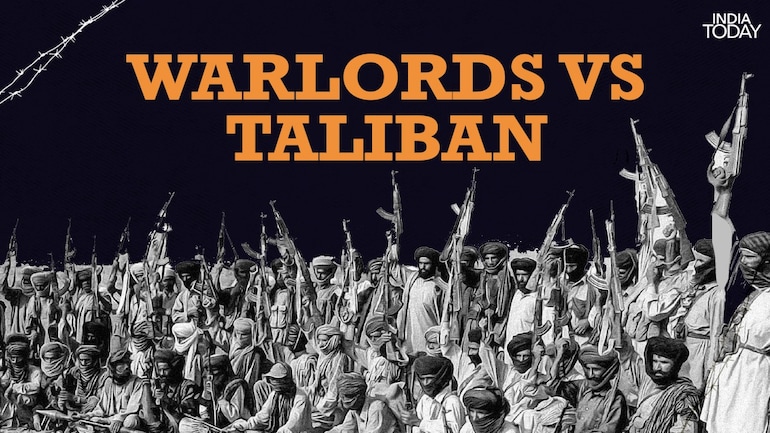 Afghanistan is the fourth most dangerous country in the world. Peoples Under Threat Index, compiled by the Minority Rights Group International, said this last year. The reason is the violent competitiveness among various ethnic and tribal groups headed by Afghan warlords.

Their general approval is considered a necessity for any functional government in Kabul.

Having captured Kabul over two weeks ago, the Taliban have not been able to form a government in Afghanistan. Yet.

But a big problem also lies with the structure of Afghan society and politics, dictated by regional satraps or warlords.

The world realised the importance of their approval after the US ousted the Taliban from power in 2001. The realisation led to the famous Bonn Agreement to decide Afghanistan's political future as the US-backed Hamid Karzai was given the reins of the Afghan government.

Many Afghan warlords or their representatives attended the Bonn conference and subsequently took a piece each in the great Afghan pie as Hamid Karzai was granted legitimacy.

Karzai and America had to acknowledge the authority of these warlords and accommodate them either in the Afghan national government or in provinces as governors.

Some of these Afghan warlords are asserting power even after the Taliban takeover of Kabul. Let’s have a look at them. But before that, here's a primer of Afghan society.

WHO ALL ARE AFGHANS?

Afghanistan is a microcosm of tribes who have traditionally fought for self-rule and autonomy within their own cultural setup. Ethnic identity has been the most dominant factor in Afghan society.

Afghanistan observers point to 14 major ethnic communities of which six-seven are politically significant on a national scale. They are Pashtuns, Tajiks, Hazaras, Uzbeks, Turkmens, Balochis and Nuristanis. 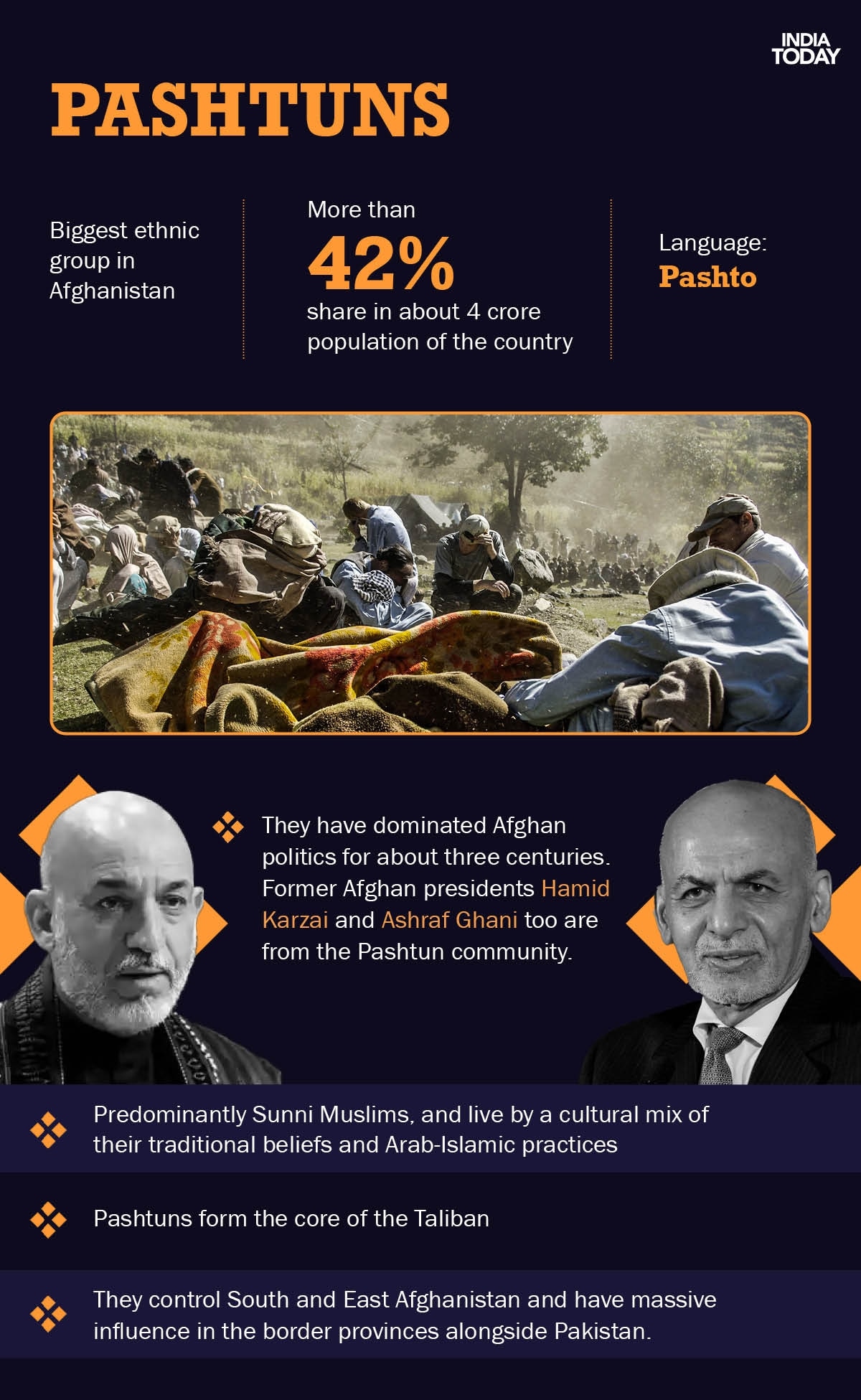 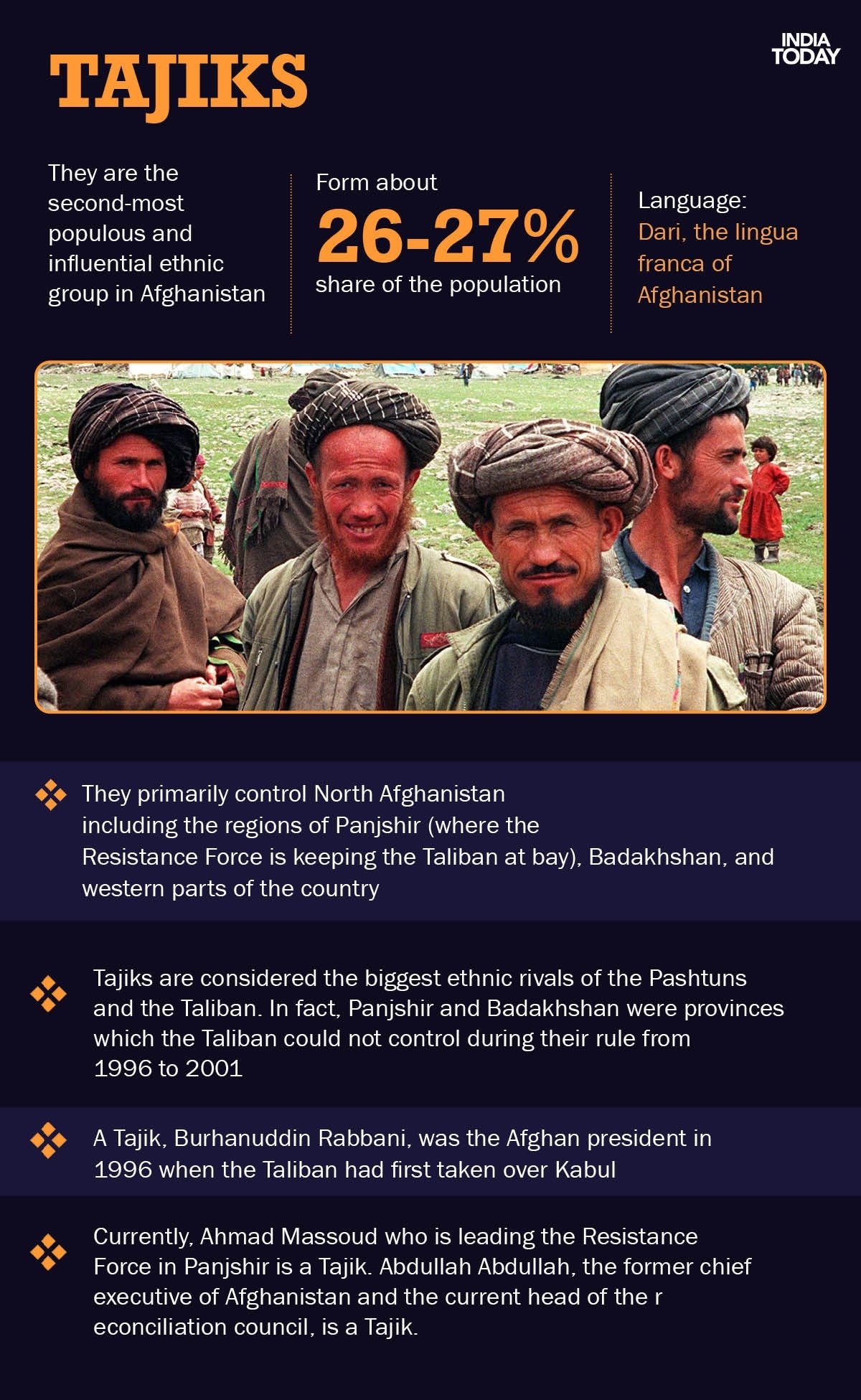 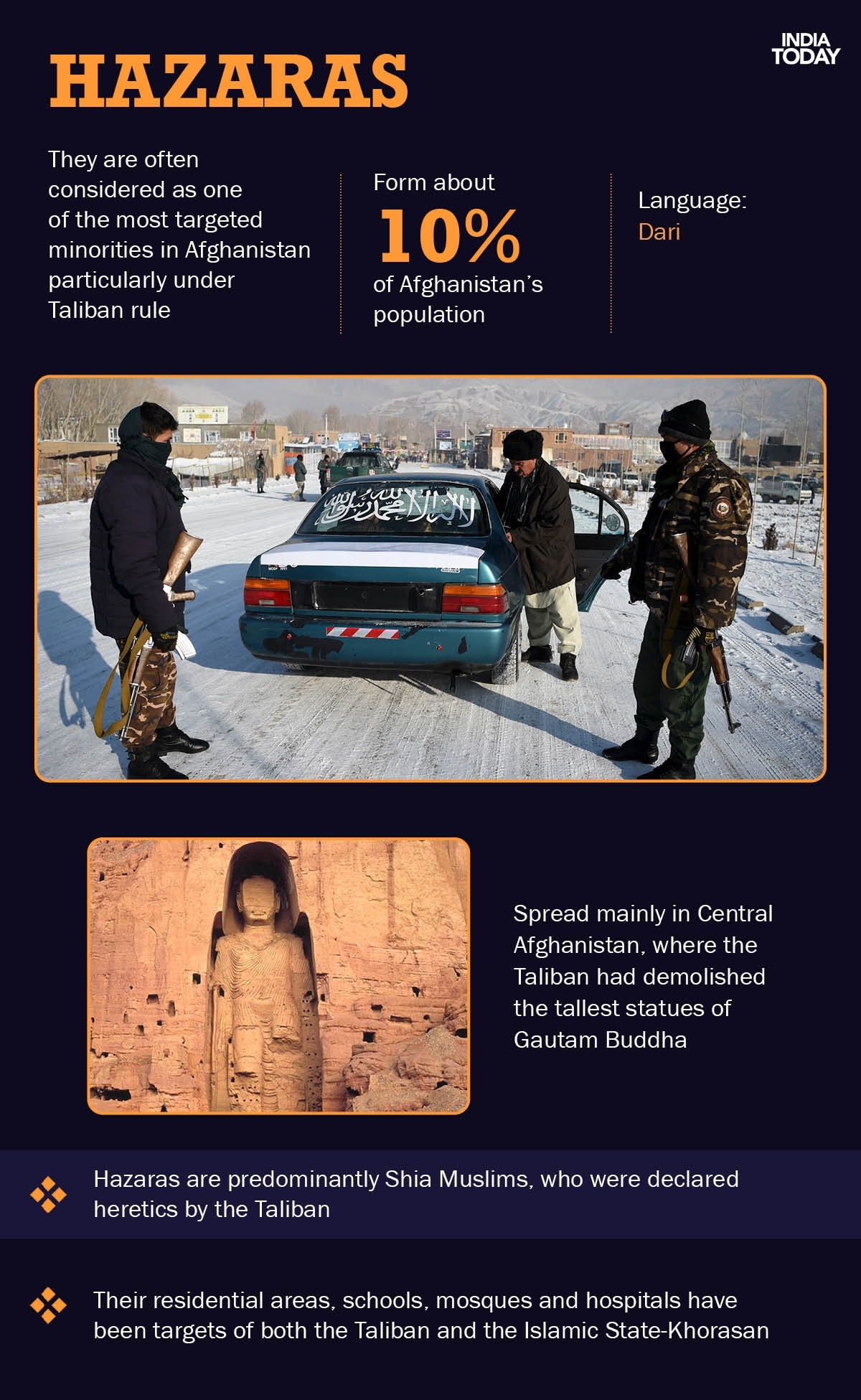 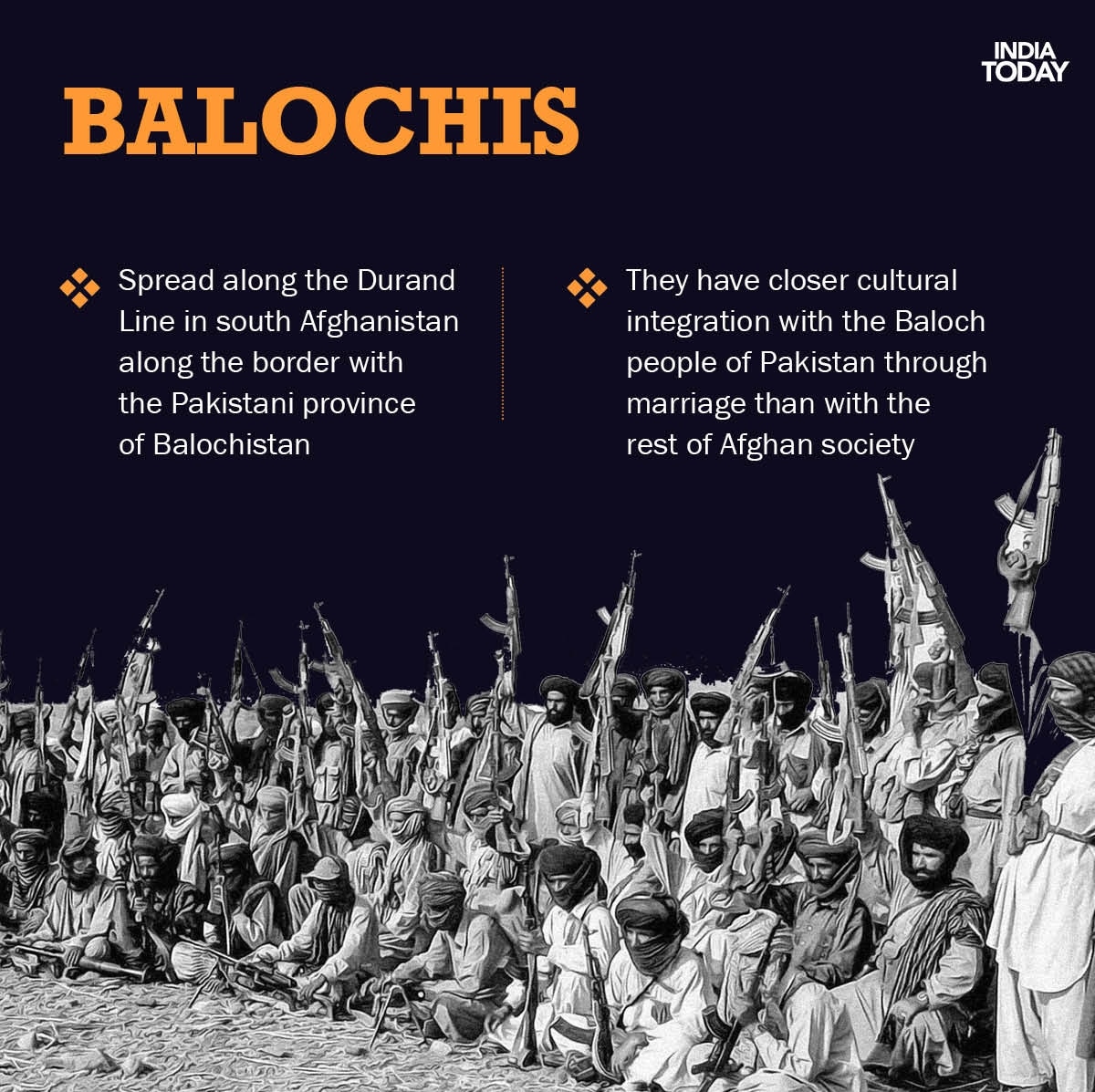 Now, let’s see who the prominent non-Taliban warlords in Afghanistan are: 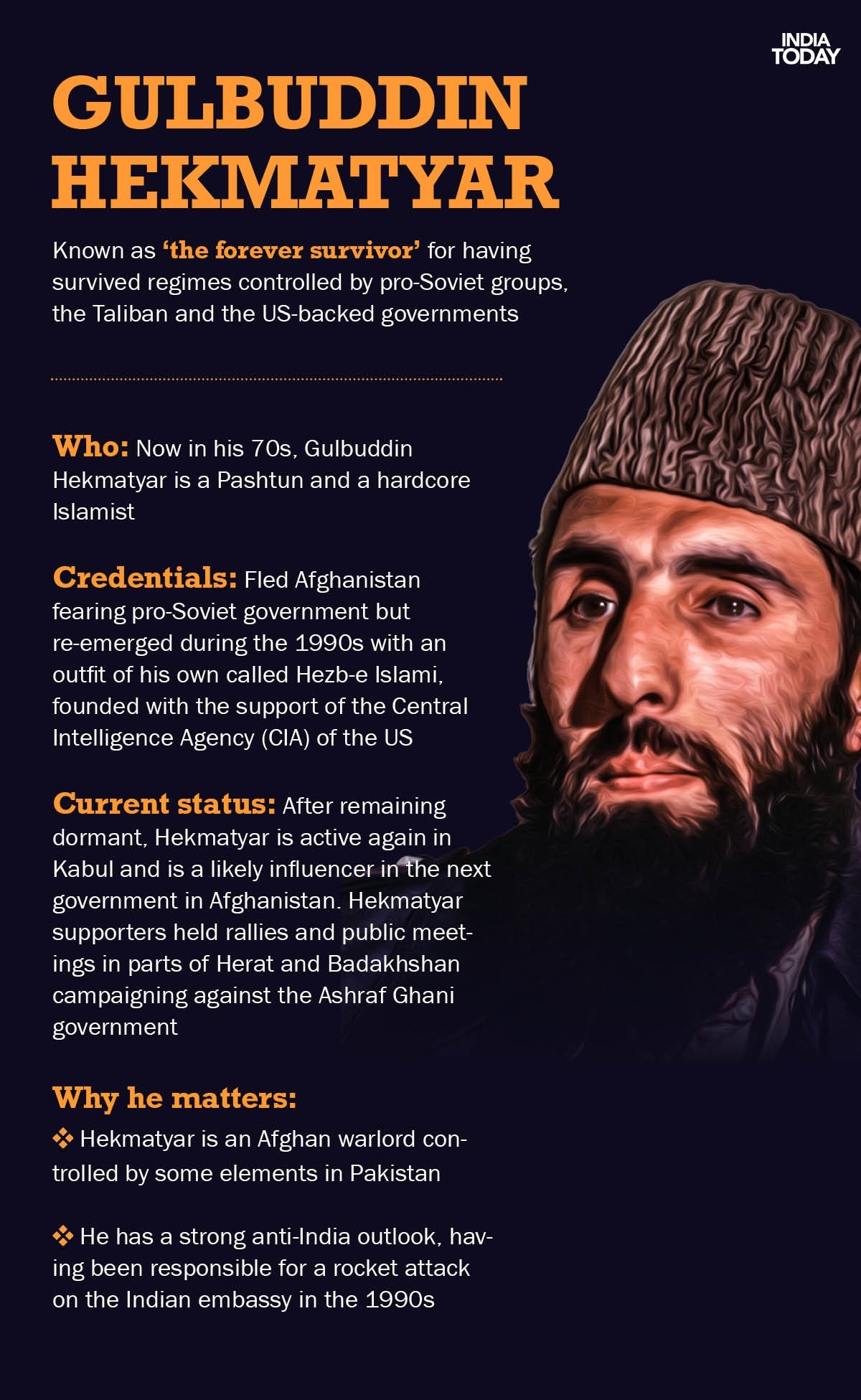 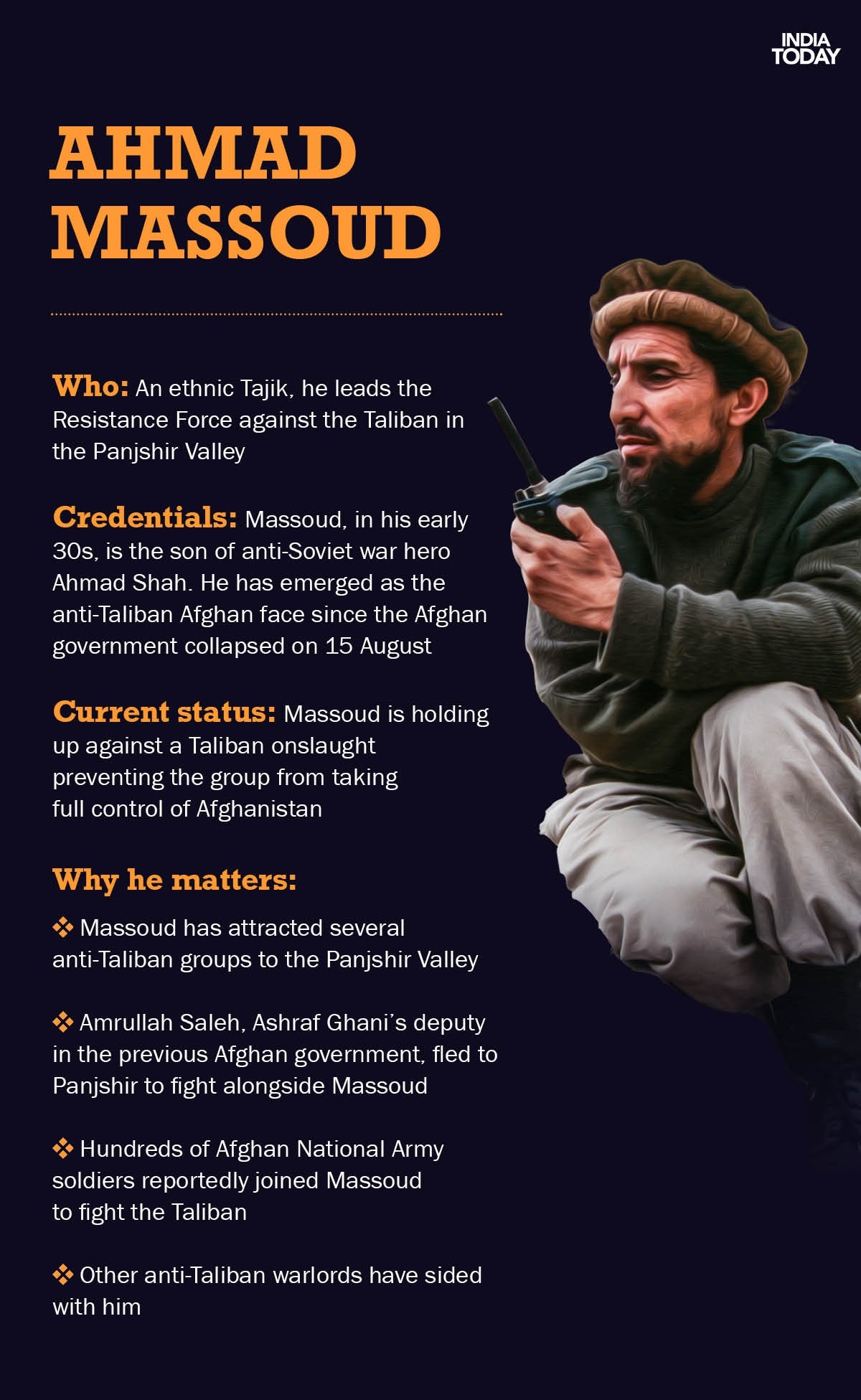 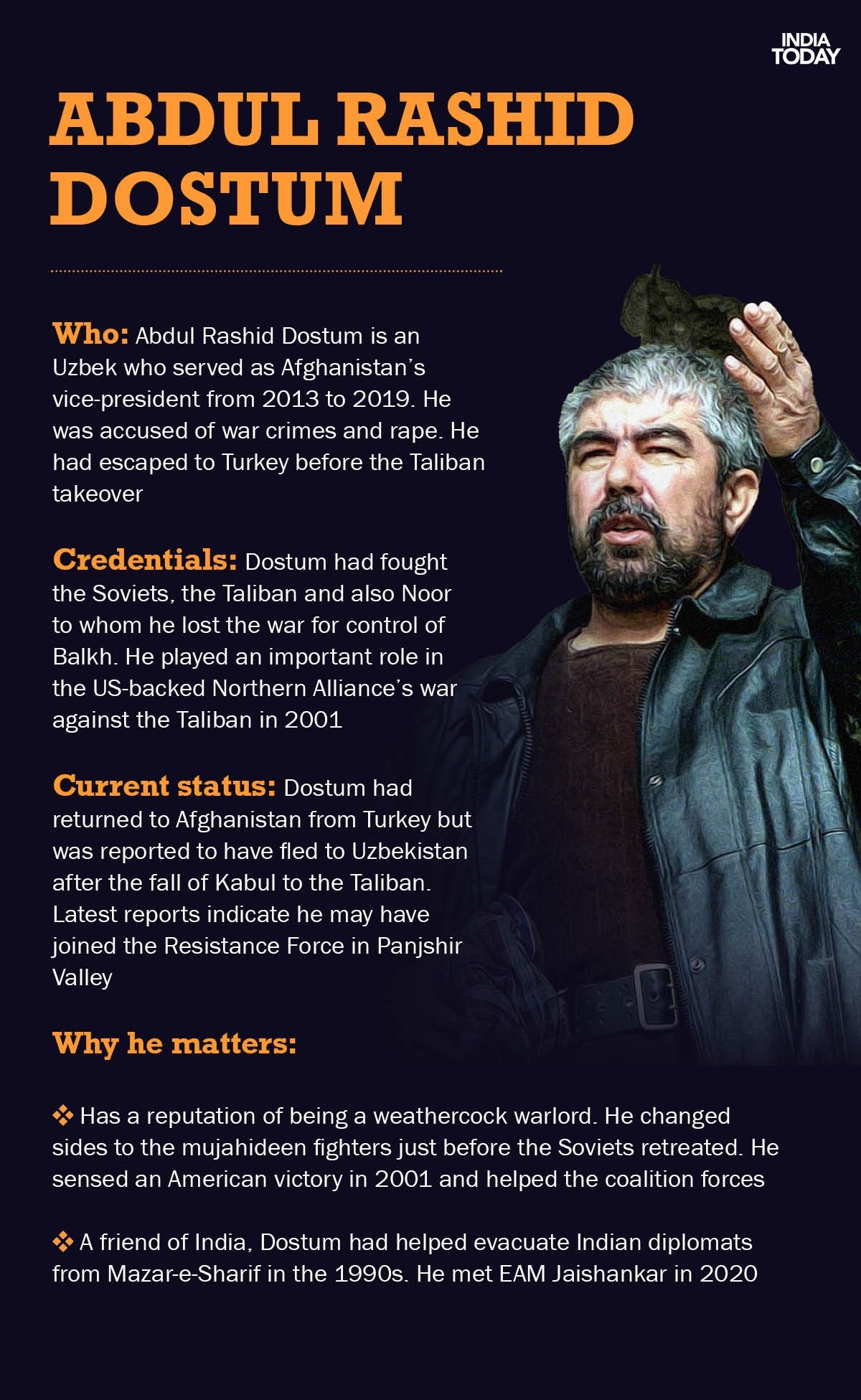 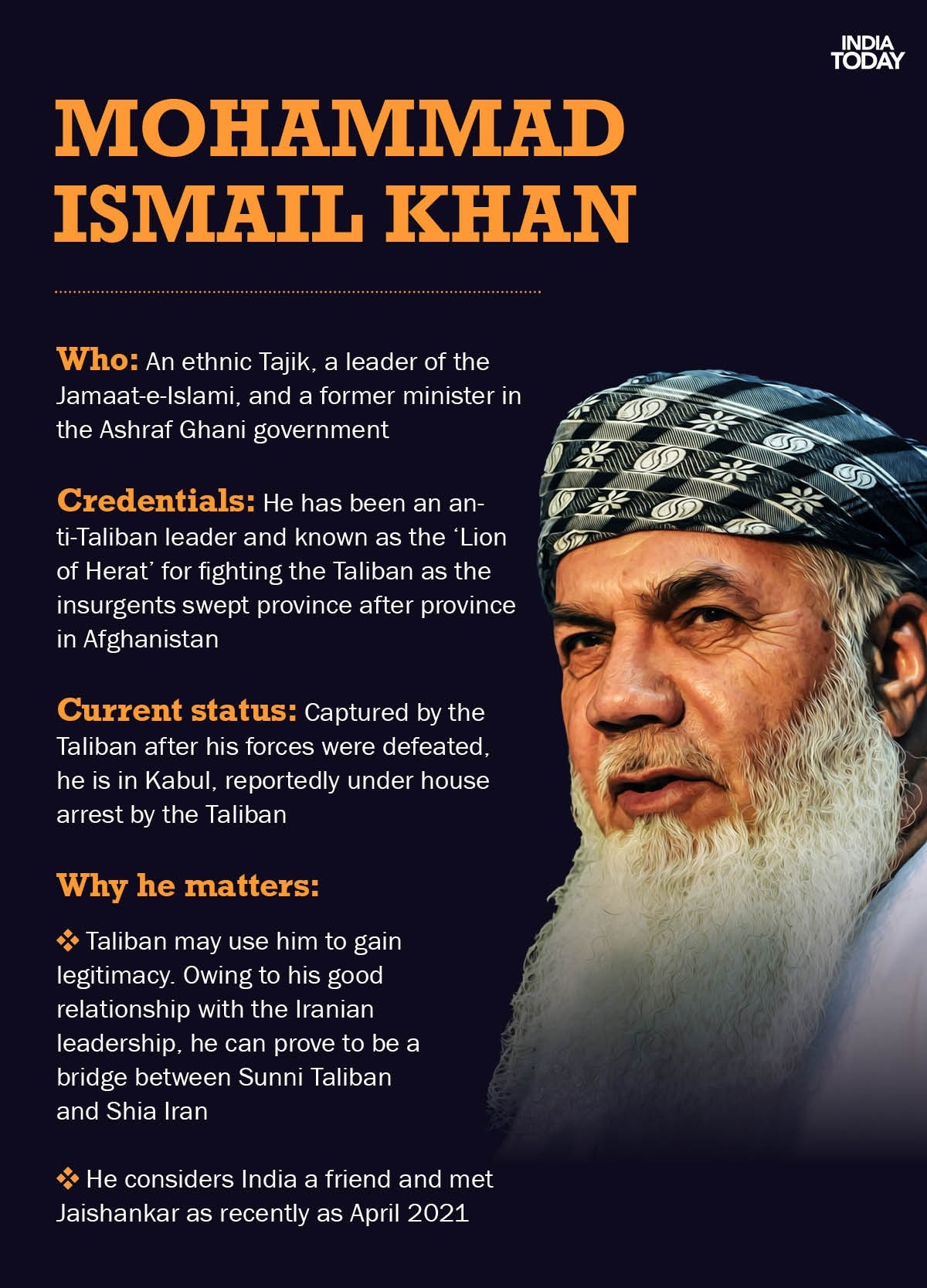 All graphics by Rahul Gupta/India Today

Afghan warlords have been the backbone of Afghanistan’s polity for centuries. Their support to the anti-Soviet forces re-established their power. After deposing the Taliban from power in 2001, the US-backed regime tried to control these warlords.

However, some of these zones under warlords were actually very powerful. For example, the one led by Marshal Fahim, who had captured Kabul from the Taliban in 2001. He later became the vice-president and the defence minister in the transitional government in Afghanistan.

A United Nations-backed Disarming, Demobilizing, and Reintegrating (DDR) programme was launched to cut these warlords to size in 2003. But the move ended up helping the Taliban, who in the relative weakness of the warlords gained influence and fighters, capturing a major chunk of about 1 lakh fighters in key provinces of Kandahar, Bamiyan, Herat, Mazar-e-Sharif, Kabul and Kunduz.

Observing the growth of the Taliban, the US-backed government allowed re-arming of the warlords. Now, the Afghan National Army is defeated without a fight. These warlords are the ones throwing a challenge to the Taliban.