The recapture of Afghanistan by the Taliban has been greeted with jubilation in the dark corners of the worldwide cyber-jihad, as supporters of al Qaeda and other terror groups exult on social media about humiliating the United States.

On Monday, the day after the Afghan capital of Kabul fell with barely a shot being fired, pro-al Qaeda social media accounts published an unsigned statement congratulating their Taliban “brothers” on the stunning military victory.

“Afghanistan is Conquered and Islam has Won,” read the message, translated by the SITE Intelligence Group.

Similar statements emerged from Hamas, which welcomed “the defeat of the American occupation on all Afghan land,” and Palestinian Islamic Jihad, which hailed what it called “the liberation of [Afghani] land from the Western and American occupation”.

The gloating began weeks earlier, with the South China Morning Post reporting last month that the hashtag “the year of running away” was being added to messages in al Qaeda-supporting channels on the encrypted app Telegram as US forces accelerated their withdrawal from Afghanistan after 20 years of war.

The collapse of the Western-backed Afghan government before the completion of the scheduled withdrawal of US combat forces has led to a reassessment of the time it could take for Al Qaeda to reconstitute itself inside the country. The Wall Street Journal reported Tuesday that the longstanding intelligence assumption had been that such a regathering could take place between 18 months and two years after a US withdrawal.

While most experts agree that Al Qaeda is a diminished force from days when its leaders plotted the 9/11 attacks on Afghan soil with Osama bin Laden at their head, the return of their longtime protectors has given the terror group vital breathing space — and a base from which to plan additional attacks on the West.

“For al Qaeda, this is a dream come true,” Middle East Institute director of counterterrorism programs Charles Lister told Yahoo News. “This breathes new life into Al Qaeda for the first time in many years, if not since before 9/11.”

A report released in June by the United Nations Security Council estimated that “several dozen to 500 persons” made up Al Qaeda in Afghanistan, Pakistan and the Indian subcontinent. Its leaders, including longtime bin Laden lieutenant Ayman al-Zawahiri, are still believed to be hiding out somewhere in the border region between Afghanistan and Pakistan.

However, the Journal reported, those numbers are likely to be swelled by prisoners released from Afghan jails by the Taliban as they made their way through the country’s largest cities — as well as Al Qaeda operatives who began returning to Afghanistan from refuge in Iran. 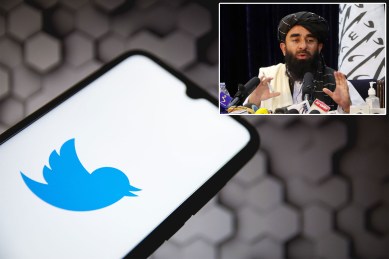 Twitter says Taliban can stay on platform if they obey rules

Former Defense Secretary and CIA Director Leon Panetta told MSNBC Tuesday that there was “no question” the Taliban would once again “provide a safe haven” to Al Qaeda and other terror groups, despite reassurances to the contrary.

“This is a national security threat,” he said. ‘And it’s not going to be easy to go into Afghanistan, controlled by the Taliban. When we were there, we had the cooperation of the Afghans, we worked with the military, there were a lot of partnerships involved. We had good intelligence on where the targets were.

“We’ll have none of that with Taliban control,” Panetta added, “and how we are going to be able to protect our country in that situation is going to be a very difficult challenge.