Just how much of a threat is jihadism in Central Asia? 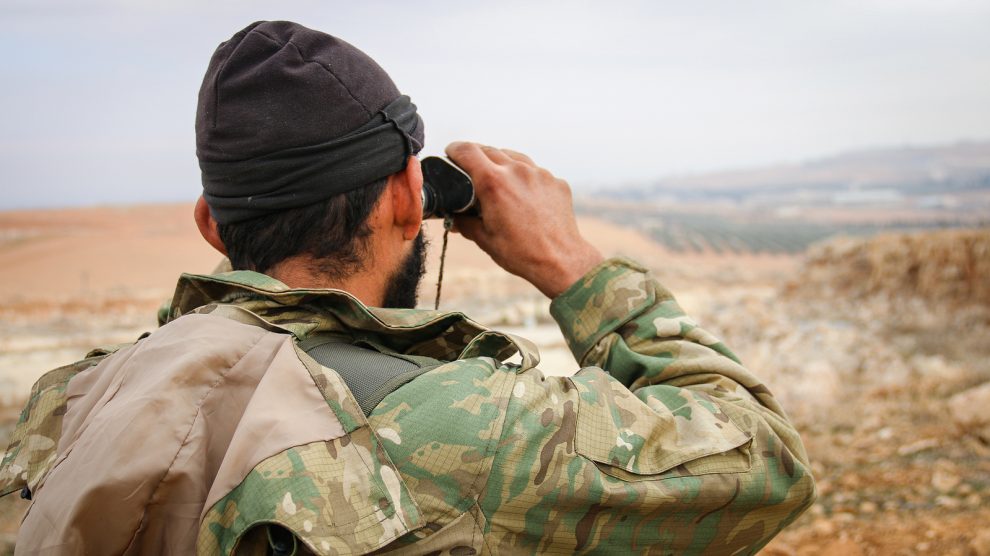 Since the turbulent 1990s, Islamist extremism has refused to completely disappear from Central Asia. Over the past decade, the unending conflicts in Afghanistan, Iraq and Syria have reignited fears that Islamic extremists pose a real threat in the region, particularly in Uzbekistan and Tajikistan.

The years that followed the collapse of the Soviet Union in the early 1990s were beset by intense, often violent political instability throughout Central Asia.

Thousands of veterans of the Soviet war in Afghanistan returned to their home countries with a newfound sense of religious identity, inspired by the Islamic zeal of their former Mujahideen adversaries.

This was especially common in Uzbekistan and Tajikistan, where the population shares an ethnic kinship with many Afghans. Soviet soldiers from the two republics were for the first time exposed to their peoples’ traditional way of life, undisturbed by the secular values of communism.

Central Asian jihadis have for some time been active in hotspots throughout the Middle East. Syrian jihadist group Hayat Tahrir al-Sham (HTS), which has for years controlled Idlib province, has at least two Uzbek factions under its command. ISIS in its heyday saw an influx of fresh recruits from across Central Asia. Several of the world’s most high-profile terrorist attacks of the last few years were carried out by Central Asian attackers.

A major factor behind this recent proliferation of Central Asian jihadis has been the mass emigration seen throughout the region, creating a generation of alienated young men ripe for radicalisation. Furthermore, the progress made towards digitalisation in Central Asia has helped expose more and more of the region’s people to radical content online – modern jihadist networks are increasingly sophisticated in their ability to use technology.

Amid stagnating economic growth, growing populations and close proximity to the world’s flashpoints, radicalisation is now a major challenge for the governments of both Tajikistan and Uzbekistan.

The Tajikistani Civil War was the first major indicator of the seriousness of the challenge. Fighting broke out in May 1992 when the opposition disputed the results of a presidential election which had been won by Rahmon Nabiyev, the former first secretary of Soviet Tajikistan’s Communist party.

In September 1992, Nabiyev was captured by opposition protesters and forced at gunpoint to resign his presidency.

Three months later, a Russian-supported offensive re-established control over Dushanbe, but Nabiyev was not returned to office. Emomali Rahmon (then known as Rahmonov), a former collective farm boss, was instead installed as president, a position he has kept to this day.

Fighting continued in various parts of the country until 1997, pitting the Russian-backed government against an increasingly radical insurgency. The opposition received help from the Islamic Movement of Uzbekistan, a group which in 2014 declared allegiance to former ISIS leader Abu Bakr al Baghdadi.

Although the eventual defeat of the Islamists in Tajikistan calmed fears of the whole region falling into chaos, the threat was only temporarily averted. The 1990s ended with every Central Asian country under the autocratic control of former Soviet officials.

Almost as a rule, throughout Central Asia, corruption, economic mismanagement and political repression became commonplace. The authoritarian excesses of the secular governments created a situation where radical Islamism became one of very few avenues for anti-government expression. And the likes of Rahmonov and Islam Karimov in Uzbekistan embraced this: it allowed them to position themselves as the protectors of secular values and religious minorities, while painting any opposition as Islamic extremism.

Weak economies forced millions from the region to emigrate. In 2015, it was estimated that there were between five and 10 million citizens of Kyrgyzstan, Uzbekistan and Tajikistan living in Russia. Over 10 per cent of Tajiks now live in Russia.

Many of these migrants would barely make enough to survive, or to send home to their families. On a daily basis, many would face racial abuse, police harassment and exploitation by employers. They became the perfect target for Islamist recruiters – as of 2017, 80 per cent of all known Tajik ISIS fighters had been recruited while working in Russia, with 40 per cent linked to the same recruiter.

When Syria descended into civil war in 2011, it became a lightning rod for Islamists from Trinidad and Tobago to Indonesia. Estimates vary, but perhaps between two and four thousand Central Asian citizens travelled to Syria to fight with Islamist groups.

Since the start of the war in Syria, Central Asian attackers have committed several high profile terrorist attacks throughout the world. Two of the three suicide bombers who bombed Istanbul’s international airport in June 2016 were citizens of Kyrgyzstan and Uzbekistan. A massacre at an exclusive Istanbul nightclub in January 2017, claimed by ISIS, was carried out by an Uzbekistan-born migrant. Attacks in New York City and Stockholm also had Uzbek perpetrators, as did a 2017 suicide bombing on the St Petersburg metro.

Since ISIS was pushed back into insurgency in 2018, most Central Asian jihadists in Syria operate under the umbrella of HTS. Formerly known as al-Nusra, the Syrian branch of al-Qaeda, for most of the war, HTS has been the main opposition to Bashar al Assad’s government.

There are two almost entirely Uzbek groups within HTS: Tavhid va Jihod Katibasi and Katibat Imam al-Bukhari. Both groups profess a Salafist ideology and explicitly state their goal as “to bring true Islamic freedom to Muslim brothers from Turkestan [Central Asia]”. Another affiliated group is the mysterious Malhama Tactical, which has been described as a “jihadist private military company” and was founded in 2016 by a young Uzbek who had lived in Russia.

HTS has controlled essentially a full province of Syria since at least 2015. It has enjoyed both overt and covert support from Turkey and certain Persian Gulf states and has, in the past few years, been selling itself as a respectable, moderate alternative to both the despotism of Assad and the extremism of ISIS. In February, HTS leader Abu Mohammed al-Golani even gave an interview to PBS journalist Martin Smith, wearing a suit instead of his usual traditional robes.

This creates a difficult situation: there is essentially a small country completely under the control of extremist groups, hosting chapters of jihadists from all over the world and building international legitimacy.

With the frontlines of the Syrian war now frozen for more than a year, there has been ample time for jihadist groups like Tavhid va Jihod and Katibat Imam al-Bukhari to incubate, strategise, gain experience and build networks. This evokes 1990s Afghanistan, where, with most of the country under Taliban control, extremist groups including al-Qaeda had free reign to conduct their operations.

With a secure base in Idlib, Central Asian jihadist groups have been stepping up their outreach, relying heavily on social media. Research at SecDev, a Canadian digital risk and resilience consultancy, has identified nearly 500 channels used by Central Asian extremist organisations on Telegram, Facebook, Instagram, Twitter, YouTube and Russian platforms like VKontakte and Odnoklassniki. Many of their releases are in Russian, the lingua franca of the region. These channels and groups have 174,000 thousand subscribers alone, with millions of views of some content.

Content on these channels includes fiery rhetoric, graphic combat videos and depictions of “the infidel’s” atrocities. Sometimes, they bring attention to world events and how they relate to the Islamists’ cause; for example, during the recent conflict in Nagorno-Karabakh, Russian-language jihadist channels explained how supporting Azerbaijan would harm Russia, one of their main enemies.

These factors make growing extremism a pressing issue throughout Central Asia. This appears to be recognised by some of the region’s governments: in 2015, Tajikistan banned the “moderate” Islamic Renaissance party, which had fought alongside the Islamist opposition during the civil war.

In 2016, Tajik men under the age of 45 were forbidden from growing out their beards; Arab-style veils for women was also outlawed, with Rahmonov stressing “traditional” alternatives. In addition to this, the Tajik government has also banned parents from giving their children “foreign-sounding Arabic names”.

Today, Central Asia is one of the frontiers in the fight against radical Islamism. With the increased digital sophistication of extremist groups, governments face a particularly tricky challenge in halting the proliferation of extremist content online. In fact, there is no way to stop this entirely: if one channel gets taken down, five others sprout up within minutes.

A new approach is needed

Instead, governments have to tackle the issues that lead to the radicalisation in the first place. Poor economic conditions lead to mass emigration out of Central Asia, creating alienated, isolated and frustrated young men liable to radicalisation. Poor governance, heavy-handed authoritarianism and corruption drive people away from the governments which claim to champion secular values, straight into the arms of zealous, well-funded and motivated radicals.

Just as the secular governments of the Cold War-era Arab states had trouble containing radical Islamism, Central Asia has to take note.

Neither the brutality of Hafez al-Assad in Syria, nor the patronage of Muammar Gaddafi in Libya, nor the pragmatism of Hosni Mubarak in Egypt were able to bring and end to radical Islamism for good.

Central Asia will need to find a new approach. More democracy and better run economies would be a good start.