UN: Only half of women in developing world have body autonomy

Almost half of women in 57 countries around the world are denied the freedom to decide on what to do with their own bodies, the United Nations said in a report on Wednesday. This includes issues around sex, contraception and health care.

The My Body is My Own study lists attacks on women, including rape, forced sterilization, virginity tests and genital mutilation.

The head of the UN's sexual and reproductive health agency (UNFPA), Natalia Kanem, said: "In essence, hundreds of millions of women and girls do not own their own bodies. Their lives are governed by others."

Those other decision-makers may include partners, family members, society and government.

Rape 'not always prosecuted and punished'

The underlying issues are often based on structural, societal problems, such as social taboos around sex (for women) and entrenched patriarchy, she said. This leads to male relatives having power over women's choices, Kanem said. 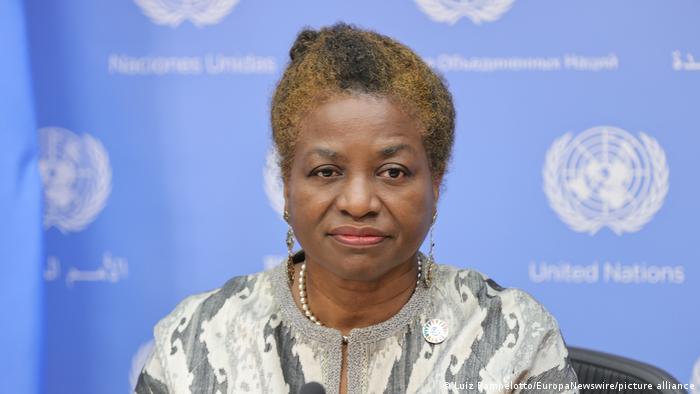 Kanem went on to say that when women are denied this power, it reinforces inequalities and perpetuates violence arising from gender discrimination, which is at the root of the problem.

"When control rests elsewhere, autonomy remains perpetually out of reach," the report found.

"Some violations, such as rape, may be criminalized, but then not always prosecuted and punished," Kanem said. "Other violations go unchallenged altogether because they are reinforced by community norms, practices and laws."

Despite constitutional guarantees of gender equality in many countries, the report says that on average, women globally enjoy only 75% of the legal rights of men.

The pandemic has worsened the situation for millions of women, the agency found.

"What was previously bad is now worse with the COVID-19 pandemic, which has resulted in increasing sexual violence, more unintended pregnancies, and new barriers to health access, along with job and education losses," Kanem said.

UNFPA said in April 2020 that global lockdowns could lead to a 20% surge in domestic violence, as victims remain trapped at home with their abusers.

Researchers also predicted there could be an extra 13 million child marriages and another 2 million cases of female genital mutilation in the next decade as the pandemic stymies global efforts to end both practices.

Culture or location not limiting

No country has achieved total gender equality, but among those with the best track record are Sweden, Uruguay, Cambodia, Finland and the Netherlands.

Such diversity "shows you that this aspirational value doesn't really depend on culture or location," Kanem said, noting that the same is true at the bottom of the scale.

She added that governments have a lead role to play by fulfilling obligations under human rights treaties, as well as altering social, political, institutional and economic structures that reinforce gender inequalities.