Opinion: Europe must wake up to racism, Afrophobia

Equality is a central pillar of Europe's postwar order, but structural and institutional racism persists in many European countries. The Council of Europe's Dunja Mijatovic says it's time to tackle racial inequality. 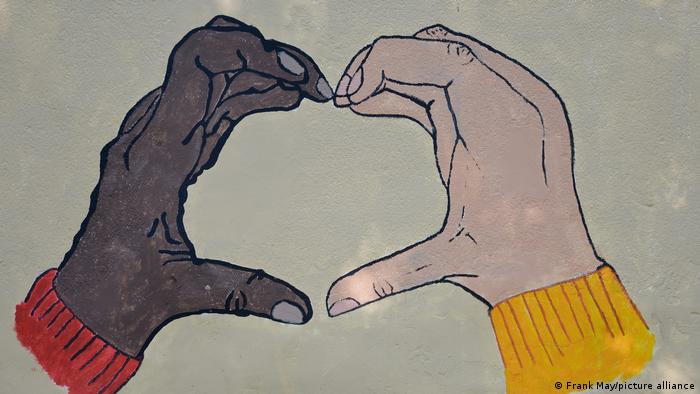 Racism is still a serious issue in many European countries

All human beings are born free and equal in dignity and rights. This very principle, enshrined in the Universal Declaration of Human Rights, was at the center of Europe's reconstruction after World War II and is the bedrock of the international human rights system.

Regrettably, Black people are often not treated accordingly. For all the progress achieved in the field of equality and non-discrimination, they are still subjected to structural and institutional racism in many European countries.

If you are Black you are more likely to face discrimination in the job market, in education, health care and housing, and to be stopped and searched by the police.

Although most European states do not collect data on racial discrimination, some reports provide a glimpse of the magnitude of the problem.

In France, a survey of the independent authority Defenseur des Droits (Defender of Rights) showed that young men of Arab and African descent were 20 times more likely to be stopped and searched than any other male group. Similar problems were identified in other countries, including Belgium, Denmark, Cyprus, Ireland, Italy, Spain and the UK, according to Equinet, the European Network of Equalities Bodies. 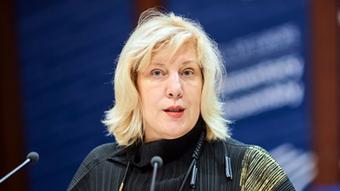 Dunja Mijatovic is the Council of Europe's Commissioner for Human Rights

In Russia, a report by the NGO Levada Center, commissioned by the Russian Jewish Congress showed heightened negativity towards Black people or "migrants from Africa," while in Finland, a 2017 report on the discrimination experienced by people of African descent revealed that the majority of the respondents faced regular discrimination.

A recent parliamentary report in the UKhighlighted that the death rate for Black women in childbirth is five times higher than for white women and that more than 60% of Black people in the UK do not believe their health is equally protected by the National Health Service (NHS), compared with white people.

The latest survey from the EU Fundamental Rights Agency on this topic shows that 18% of respondents aged 16 to 24 years are neither in paid work nor in education or training, with substantial differences between countries. It also shows that one in five respondents of African descent feel racially discriminated against in their access to housing.

In a survey published in 2018 by the Irish Human Rights and Equality Commission, Black people were found to be disadvantaged in accessing top jobs, in spite of good qualifications.

Physical and verbal violence is another problem Black people face. In Portugal, human rights defenders and lawmakers of African descent were attacked and received death threats. The former Italian integration minister, Cecile Kyenge, and the former French Justice Minister Christiane Taubira, have repeatedly been the target of racist slurs.

I see a continuity between this situation and the injustices that Black people in Europe have suffered for generations. Yet there is widespread denial of this problem.

Yet, states seem slow to curb the discriminatory practices that keep Black people as second-class citizens in our societies.

To reverse the situation, European countries should make the fight against racism and racial discrimination a top priority.

They need to tackle the roots of racism against Black people and address the legacy of the colonial past and historical slavery. It is also necessary to fight against hate speech and racist crimes more systematically. Another crucial field of intervention is policing. States must stamp out racial profiling and impunity for racist crimes committed by law enforcement agents.

Law and practices must also be strengthened to ensure equality in access to education, employment, housing and health care.

However, change is not achieved only through legislation. Efforts in education are crucial. School curricula should better reflect the history and cultural heritage of people of African descent and their contribution to the development of our societies.

There is no shortage of legal, professional and financial tools to achieve all of this. What is lacking is political will.

European countries should no longer ignore Afrophobia. It is high time for them to act to narrow the gap between the promise of equality for all and reality.