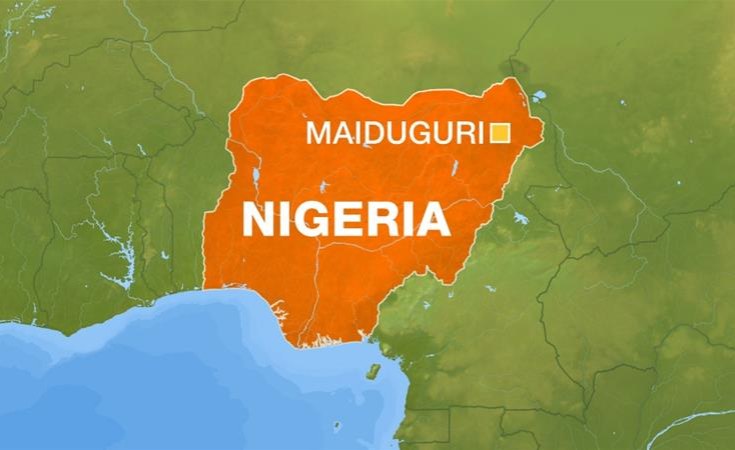 Residents of Maiduguri Metropolitan Council, Jere Local Government Area and the entirety of Northern Borno Senatorial District have been forced into darkness since January 25, 2021 when armed insurgents used an improved explosive device to destroy the only functional electricity transmission line along Damaturu-Maiduguri highway that supplies light to many towns and communities in Borno State.

The latest attack by the malevolent elements came as a final blow to the electricity supply system to the state in that before then the main source of power to Maiduguri was through the old transmission line from Biu-Damboa-Maiduguri.

Following incessant vandalisation of the lines by insurgents, the Federal Government opted for the installation of a new transmission line along Damaturu-Maiduguri Road, which was also vandalised immediately after completion. Before its destruction, it was supplying power to the Borno State capital and some parts of nearby Niger Republic.

The destruction of the power line during the dry season, coupled with the arid nature of Borno State, has heightened the suffering of the residents, especially through suffocating heat during the daytime. Similarly, the attack has cut off the supply of iceblocks which many use in cooling water and other drinks for sale to consumers and households.

Since the unfortunate onslaught which took place near Jakana Village, a distance of less than 35kilometres to Maiduguri, it has become very difficult to source for ice block for use or getting chilled drinks and frozen foods for consumption as the hot weather bites harder. Likewise, mechanics, welders, among others, who rely solely on public power supply for their work have been thrown out of work for the duration of the power cut.

However, disturbed by the problem, Governor Babagana Zulum, has liaised with the Transmission Company of Nigeria, TCN, and Yola Electricity Distribution Company, YEDC, to restore electricity to Borno. With the intervention of the governor, TCN engineers have been working round the clock to restore power to the state, which has remained the epicentre of Boko Haram attacks for over a decade.

An ice block seller near the popular Post Office Junction in the Maiduguri metropolis, Mohammed Usman Abba, lamented that he had been forced to stay home since there is no light for him to produce ice blocks for his business.

He said: "Some wealthy residents and the state government are currently relying on generators, while business activities have been grounded for three weeks," calling for urgent efforts to restore power to the state.

While lamenting incessant attacks on power lines, another resident of Gomari Airport, Audu Isa, said: "The disruption of electricity supply by terrorists has plunged us into darkness. For how long can we continue this way?"

But the visit of Governor Zulum to the site of the destroyed tower has restored hope of restoration of power to the town. Already, the governor has directed the Commissioner of Housing and Energy, Saleh Yuguda, to liaise with TCN and YEDC to restore electricity immediately after fixing the electric tower.

After the governor's instruction, many top government officials have been sighted around the area, working tirelessly to restore electricity to the metropolis. "You have seen the level of destruction caused by the insurgents who used IEDs to destroy this tower. But we are making frantic efforts to prevent future occurrence," Zulum said.